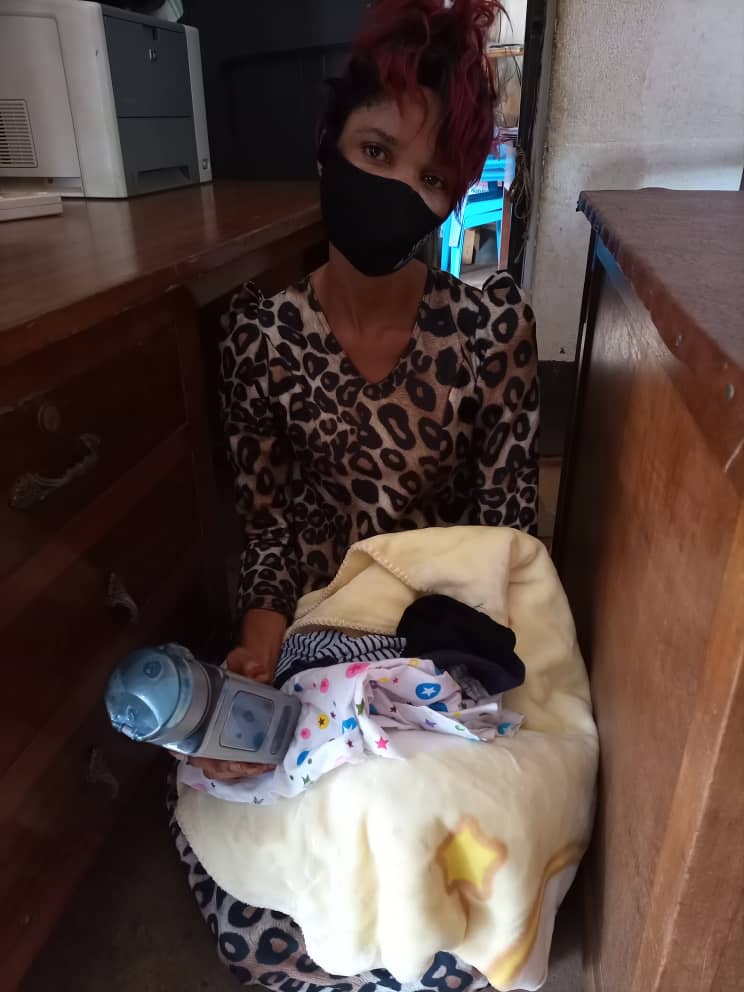 The police in Iganga have rescued a one month old baby boy from a lady one Shakira Nakito 27 resident of Nampirika A village, Nakalama sub county Iganga district.

Shakira allegedly tricked the baby’s mother of the baby one Betty Namale that she has a sheikh who could circumcise the baby at zero cost.

“Shakira thanked the mother for producing a handsome boy, the two proceeded to a mosque where circumcision was going to occur in Iganga town” James Mubbi the Busoga Regional spokesperson says.

According to Mubbi, the mother identified as Betty Namale went to pick a mask from the house, leaving Shakira outside with the baby.

However, when she came out of the house and didn’t find Shakira and the baby, she alerted the community and reported the case to police.

Police started the hunt for the suspect and found her in Nampirika hiding. Exhibits of new clothes parked in a black bag (back pack) were also in her possession.

Shakira says she was six months pregnant when she separated with her boyfriend and later on she aborted without his consent.

The alleged boyfriend is identified as Badru, who was demanding for a baby or pregnancy from her. Inquires are ongoing.