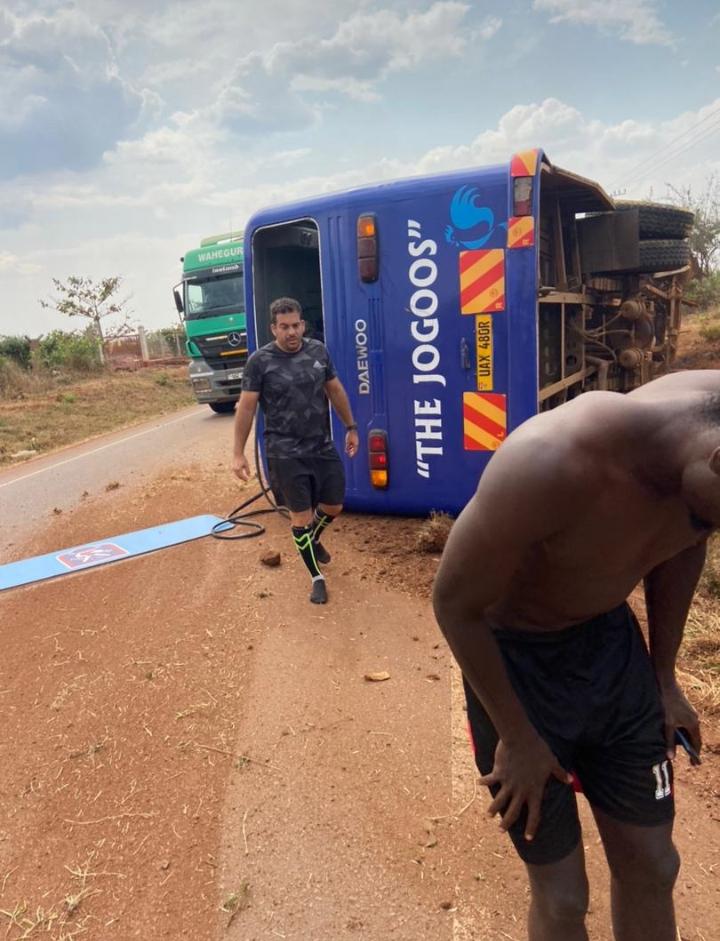 The Federation of Uganda Football Associations (FUFA) has postponed SC Villa’s round of 64 fixture after the team got involved in a serious accident along the Kampala-Gulu highway in Migeera Nakasongola district.

In a letter addressed to chief executive officers of the two clubs(SC Villa & Super Eagles), Hajati Aisha Nalule the FUFA competitions director noted that the scheduled match has been postponed until further notice.

She also wished the players and the club officials a quick recovery.

The team was Saturday traveling to Gulu for a Uganda Cup game against Super Eagles football club at Pece War Memorial Stadium.

About the Accident.
Yesterday, SC Villa team and coaching staff were involved in a serious accident after the bus they were traveling in overturned.

According to the communication from the club administration, a few minor injuries were reported.

“We thank God that the entire team and coaching staff are all in stable condition after receiving first aid at St Francis clinic, Migeera . Further assessment and management will be done in Kampala,” SC Villa tweeted.

The club added that they are waiting for the official police report to establish the cause of the accident.