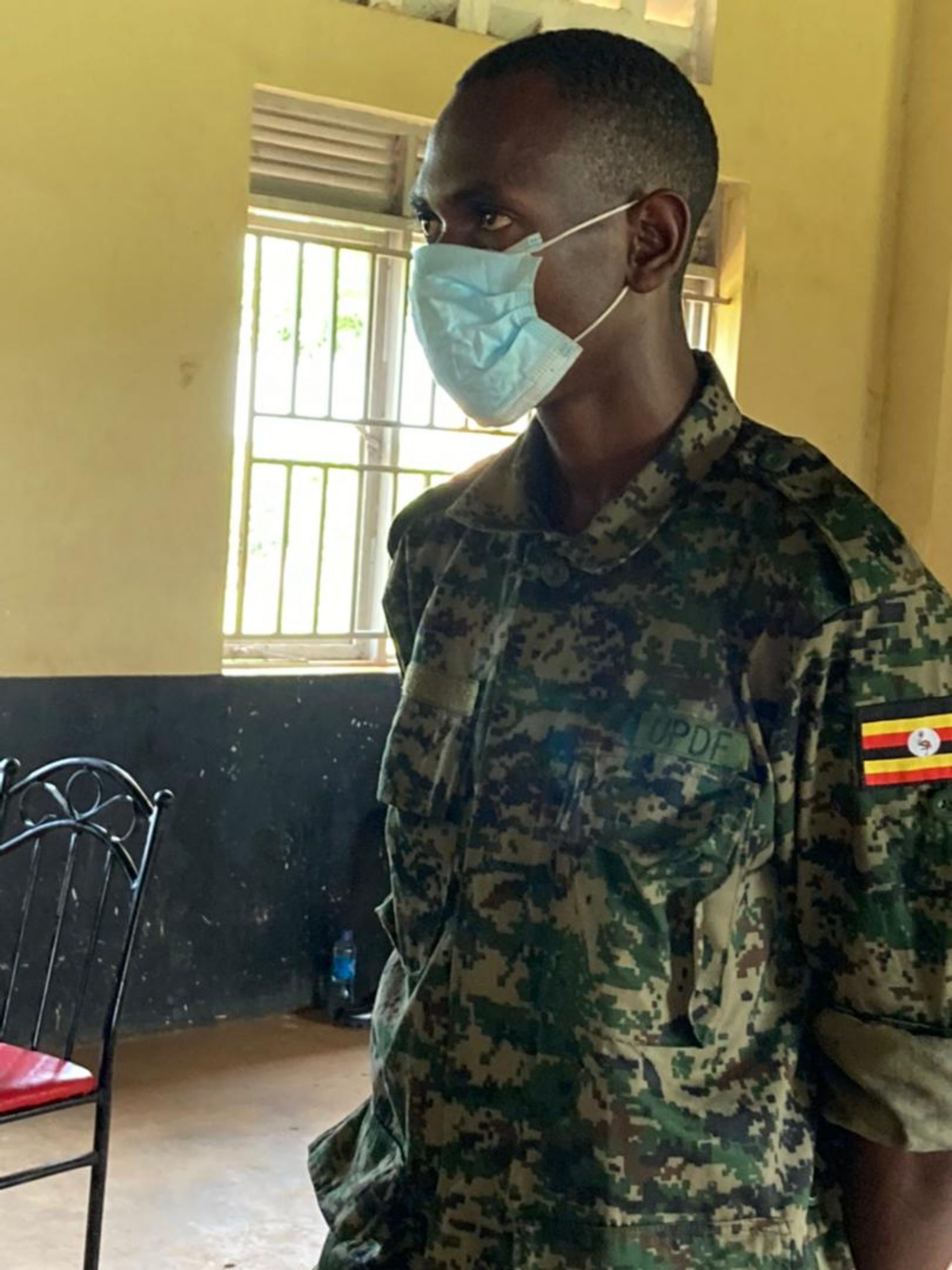 The duo was convicted and sentenced after they were found guilty of murder. Ssali was accused of killing Ibrahim Mutaasa Kirevu, a mechanic at Wandegeya police station.

The prosecution told the court that the deceased had gone to pick money from someone at Wandegeya police station and was arrested. However, when police brought in rioters, Kirevu was asked to join them and enter the cells, which he resisted.

Ssali ordered him to enter forcefully, in vain. This prompted the LDU to push him using the nozzle of his gun before opening fire and shooting him in the stomach twice.

However, Mariam Kansiime the defendant’s lawyer, asked the court-martial chairman to be lenient, arguing that her client did not intend to shoot Kirevu.

But, Col. Mugenyi noted that Ssali intended to kill the deceased because the suspect had already entered the cells.

He, therefore, sentenced Ssali to 35 years in prison and advised him to appeal the sentence within 14 days if he is dissatisfied with the decision.

Meanwhile, the same court also convicted Lance Corporal Augustine Mugisha for shooting to death Grace Walungama, a mechanic at a garage in Lugala, Kosovo in Lubaga division before turning his gun against Hussein Ssenoga, an LDU personnel.

According to Col Mugisha, when the riots broke out, Walungama was standing by the roadside as he watched the rioters but when LDUs went to disperse the crowd, Walungama ran to the garage where Lance Corporal Mugisha followed him and shot him twice killing him instantly.

Ssenoga questioned him why Mugisha had killed Walungama, he decided to shoot him too. Col Mugisha then sentenced Lance corporal to life imprisonment for killing the two people.

Col. Sam Mugenyi also requested the families of Ssenoga and Walungama to approach the UPDF offices for compensation.

At least 50 people were killed in the infamous November 18th, 2020 riots triggered by the arrest of the National Unity Platform presidential candidate, Robert Kyagulanyi alias Bobi Wine in Luuka district.