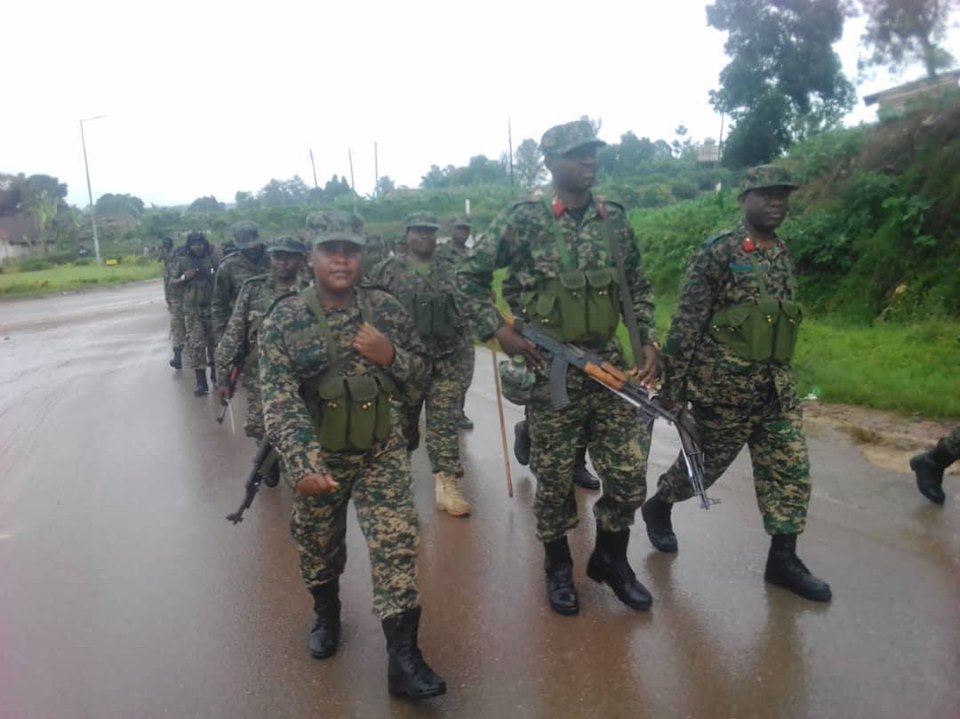 The deployment follows the mysterious murders of 18 people that have happened in the region in less than two months.

According to News Reports, the murders started in early July and spiraled into this month. Some of the victims of these attacks have escaped with serious injuries.

According to Brigadier Deo Sande, the Commander of the Masaka Armored Brigade, they have launched joint operations with the police to hunt down the assailants.

Adding that they have received intelligence about the racket and they are following various clues that may lead them to the killers.

The deceased have been identified as Sulaiman Kakooza 56, Kizza Luswa, 50, and Dan Kiyimba, 38. Another resident Ronald Ssebyoto,25, is admitted in critical condition at Masaka Regional Referral Hospital.

According to Paul Kole, the Masaka Regional Police Commander, they have intensified night foot and motorized patrols and tightened curfew enforcement.

He warns that whoever is found moving beyond curfew time may be treated as a suspect since the killings were committed during curfew and also blamed the killings on the laxity of district security committees and local leaders who have failed to devise mechanisms to guard communities against such crimes.

The Masaka Region Police spokesperson Muhammad Nsubuga says they have arrested some suspects early this month who are helping police with the ongoing investigations.

Local leaders have welcomed the joint operation, saying it will bring some relief to different communities.