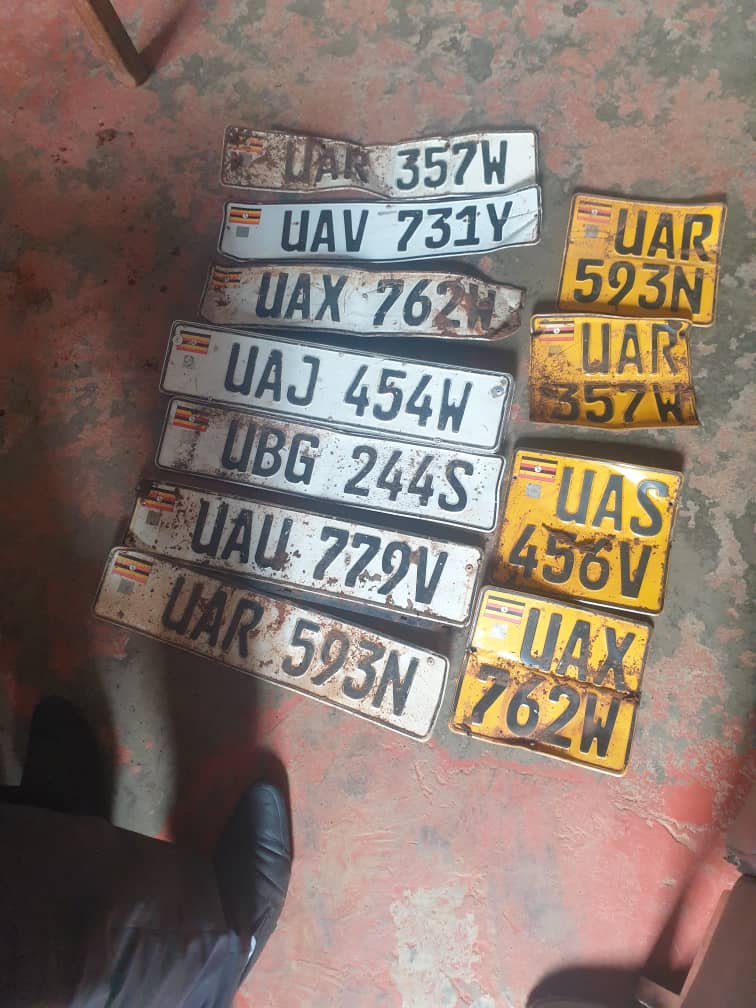 Police in Kampala have recovered an extra 11 number plates that were stolen by Matovu Farouk, a thief that was arrested on Tuesday over the same.

Matovu, a hawker and resident of Nakawa area in Kampala City was arrested from Nakawa near Total after being trailed for a long period of time by a team of officers led by OC Ntinda.

During his interrogation, the suspect told the officers of how he has been stealing many number plates from areas of Ntinda, Kiwatule, Kulambiro, Naguru and surroundings areas.

Matovu alleged that he moves at night around midnight plucking off vehicle number plates and leaving behind a paper on the front screen of the car stating the telephone number to reach him on if you want to get back your number plate.

Whenever the victims call the number they are instructed to send money via telephone and then he directs the victim where he hid the number plates.

Luke Owoyesigyire the PRO KMP says Matovu hides the stolen Number Plates in either the nearby bush, buries them in nearby gardens or in heaped rubbish near the victim’s residence.

After his arrest, he took police around where he hid the victims’ number plates and nine number plates were recovered from Kigoowa, Northern Bypass, Kiwatule and Kulambiro.

However, on Wednesday Matovu led police in areas of bukoto, kisaasi, Ntinda, kiwatule and kigoowa where an extra 11 number plates were recovered.

According to Owoyesigyire, efforts are still on to recover more number plates.