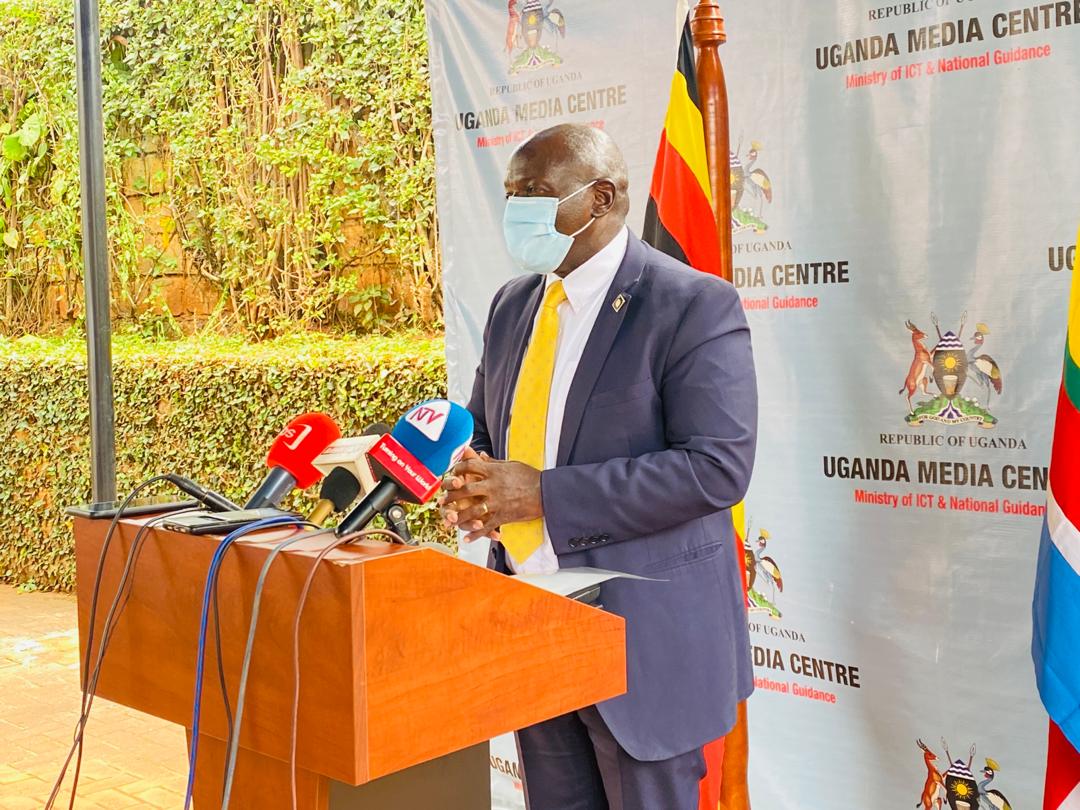 For the last three months, customers upcountry have not been served at their convenience as the driving licence issuance offices were closed to give the incoming service provider time to refurbish the offices and also install the new system.

The Government of Uganda signed a Joint Venture Agreement with Veridos GmBH of Germany to form Uganda Security Printing Company (USPC) Ltd that will be responsible for the supply of all Government security documents including Passports, National IDs and Driving Licences among others. The Government of Uganda owns 51% while Veridos owns 49% of the shares in the company.

Subsequently, the Ministry of Works & Transport signed a contract with USPC on 15th October 2020 for the design, production and issuance of driving licences.

However, the contract for the current service provider (Face Technologies) for the issuance driving licences on behalf of Government ended last year in May 2020 but was only extended to 28th February 2021 to give the incoming service provider (Uganda Security Printing Company) sufficient time to prepare for the take over given the COVID19 challenges.

According to the Minister for works and transport Gen. Edward Katumba Wamala, Uganda is moving from current Uganda Computerized Driving System to the Uganda Driving Licenses System which is more sophisticated and allows for issuance for the new driving licenses that are more internationally recognized. The new driving licenses will cost from UGX 50,000 to UGX 250,000 depending on the period one wants. That will be between 1 year to 5 years.

The contract between the Ministry of Works & Transport and USPC for the design, production and issuance of driving licences indicates that the software including all its source code and licences are a property of the Government of Uganda.

He explains that the design for new driving license card has taken into consideration all the ISO requirements and the Tripartite Transport and Transit Facilitation Programme (TITFP) which aims at having a harmonized card for the three regional blocks of East African Community (EAC), SADC and COMESA. Drivers with the new card will be able to drive through any of the member countries with less restrictions.

Also, one of the major ISO requirements is an Issuers’ Identification Number (IIN) to identify the Issuing Authority of the document as Ministry of Works & Transport, Uganda for this case. In conjunction with UNBS, the Ministry applied for and was issued with an IIN (63893000) by the American Bankers’ Association in January 2021. It is worthy to note that Uganda is currently the only country complying with this requirement in the entire East and South African region.

“In addition to the existing I-year and 3-year validity of the driving licence, the Ministry will be introducing a new 5-year validity regime for driving licences and this will be a big relief for the drivers to reduce on the frequent visits and expenditure in renewing the licences. The new driving licence card has also been designed with the best technology to include very sophisticated security features that are hard to forge (especially since the new production office is near Nasser Road which is known for forging documents in this country). The system has also been tightly integrated with the Police systems for easy verification and issuance of express penalties by the traffic police gadgets at the various check points” Gen. Katumba said.

To further enhance the security and international recognition of the new driver licence card, the minister noted that the new software will include the Public Key Infrastructure (PKI) which digitally signs the licences to prove the document source as well as the integrity of the materials used when verified anywhere in the world.

The Ministry will also be introducing the Professional Driving Permit (PrDP) for drivers of commercial vehicles who drive for a reward. These are drivers of passenger vehicles that carry more than 8 passengers and goods vehicles that carry more than 3,500Kg of cargo. “This is aimed at ensuring that we professionalize the driving industry to increase competitiveness of our drivers on the international labour market with the National ID.”

According to the Minister, the new system has also been tightly integrated with the National Identification database (National ID). All applicants for driving permits will be requested to have national IDs or Passports for non-Ugandans. This is expected to help the Government to reduce data duplication and easy tracking of citizens through all Government databases.

The payment for the driving licence fees will now be consolidated and payable at once. Starting 1 st March 2021 (when the new system by USPC is implemented), there will be no cash payments acceptable at the facility as has been the case with the previous service provider. Rather, all fees will be payable to URA through the various methods that drivers have been using to pay the Government fees on the previous system. This is expected to reduce processes at the new facility which leads to a better and quicker service.

“The official takeover and launch of the new drivers’ licenses will be 1 st March 2021 at the main issuance office in Kampala at the Uganda Railways Corporation premises. All upcountry offices will also be opened on the same day and they will be fully operational. The offices remain in the same locations as previously held. The Ministry is working with the incoming service provider to improve on efficiency and sufficiency in serving our clients by considering opening more offices in other areas of the country. This is still under review” the minister says.