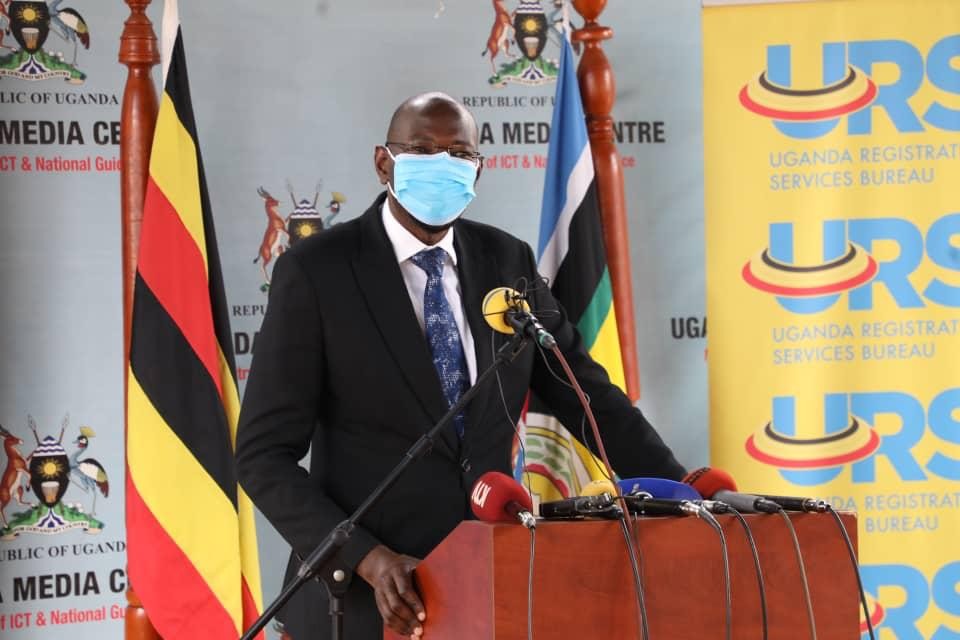 Uganda is set to host a Diplomatic Conference for the Adoption of the protocol on Voluntary registration of Copyright and notification of Related rights.

While addressing the press at Uganda Media Centre this morning, the Acting Minister of Justice & Constitutional Affairs, Hon. Jackson Karugaba Kafuuzi said Uganda has worked very closely with the regional intellectual property office – ARIPO through support provided in capacity building in the field of intellectual property and a number of Ugandans have benefited from the Masters in Intellectual Property programs managed by ARIPO.

“Most recently, a Ugandan Mr.Bemanya Twebaze was appointed Director General having emerged the best candidate in a tight race and took over office in January 2021. Clearly, this is proof of commitment by the Government of Uganda in promotion of intellectual property rights not only in Uganda but globally” Kafuuzi said.

He added that the last conference of this nature hosted by Uganda was on November 2013, when Uganda hosted the ARIPO Diplomatic Conference and the ARIPO Council of Ministers. At this same conference the Registrar General and Minister for Justice and Constitutional Affairs were elected as Chairs for the Administrative Council and Council of Ministers a position they held for one year.

The Minister noted that the Copyright industry is very diverse involving works of literary and artistic nature. Adding that Copyright protection in Uganda doesn’t require a right holder to register because Protection is automatic once the work is produced in a tangible form. However, this in itself has many limitations.

“A number of rights holders have complained of pirating of their works and usually lose the morale to follow up on prosecuting those practicing this demoralizing act of piracy. A number of interventions have been undertaken by the Uganda Registration Services Bureau such as streamlining the industry and the role played by Collection Management Organizations; sensitizing and encouraging rights holders to voluntarily register their works; as well as the passing of the National Intellectual Property whose implementation is currently ongoing under the coordination of URSB” the Minister told reporters.

He argues that it is very timely for Uganda to host this conference on copyright because the outlook is changing and the choices of employment are also different. Uganda has a young population that has devoted itself to the arts and creativity industry.

Through adoption of this protocol, Ugandans shall be able to have their works registered and protected internationally, benefit and earn from their works, enable Government to maintain a register of voluntary copyrighted works which ultimately will lead to better appreciation of the role of the creative industry in promotion of socio economy development.