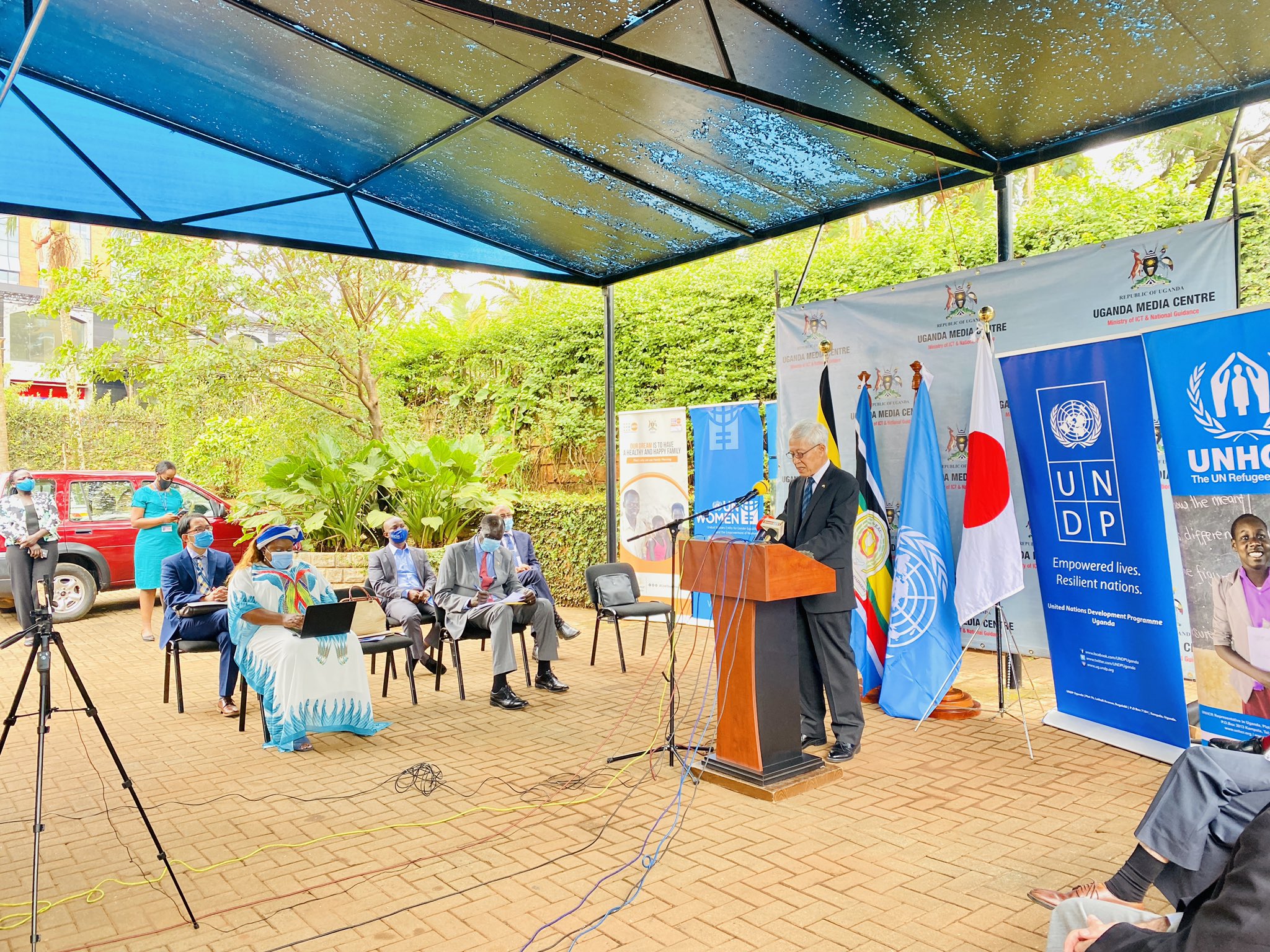 The announcement was made by H.E. Hidemoto Fukuzawa, Ambassador of Japan to Uganda, during a press conference at Uganda Media Center on Tuesday morning.

During the media briefing attended by UN Resident Coordinator H.E Rosa Malango and officers from humanitarian organizations, Amb. Fukuzawa said that Japan recognizes the humanitarian situation in refugee-hosting areas is devastating, especially under the spread of the COVID-19.

He added that from 2016 to 2020, Japan contributed approximately 35 million USD (approximately 127 billion UGX) to the Government of the Republic of Uganda by utilizing the supplementary budget to provide humanitarian supports and emergency responses in a timely manner.

“Therefore, the 2021 ‘s contribution has been made with a specific focus on mitigating the impacts of the COVID-19 to the vulnerable population, including refugees, host community members, women and children in Uganda. Further details of respective project can be found in the joint press release” H.E. Fukuzawa said.

Besides the COVID-19 support, Japan’s also promised continued cooperation for the Government of the Republic of Uganda, especially in the field of socio-economic development in the northern part of Uganda.

“On February 1 1, 2021, I signed a bilateral agreement on behalf of the Government of Japan in the form of the Exchange of Notes with Hon. Matia Kasaija, Minister of Finance, for the project for the improvement of National Road in Refugee-hosting areas of West-Nile subregion. By providing the grant of approximately 36.8million USD to the Government of the Republic of Uganda, Japan is hoping to contribute to stabilization of the society and promotion of sustainable economic growth in the northern part of the Republic of Uganda” H.E. Fukuzawa said.

The Ambassador says Japan will continue supporting the development of Uganda from various aspects including the empowerment of the local communities.

“I recognize Uganda as the exemplary refugee assistance model with its progressive refugee policy and protection of the asylum space in the country. Acknowledging Uganda’s generous progressive refugee policy and needs for humanitarian— development supports, the Government of Japan is determined to continue to support Uganda’s solidarity with refugees and host communities.”