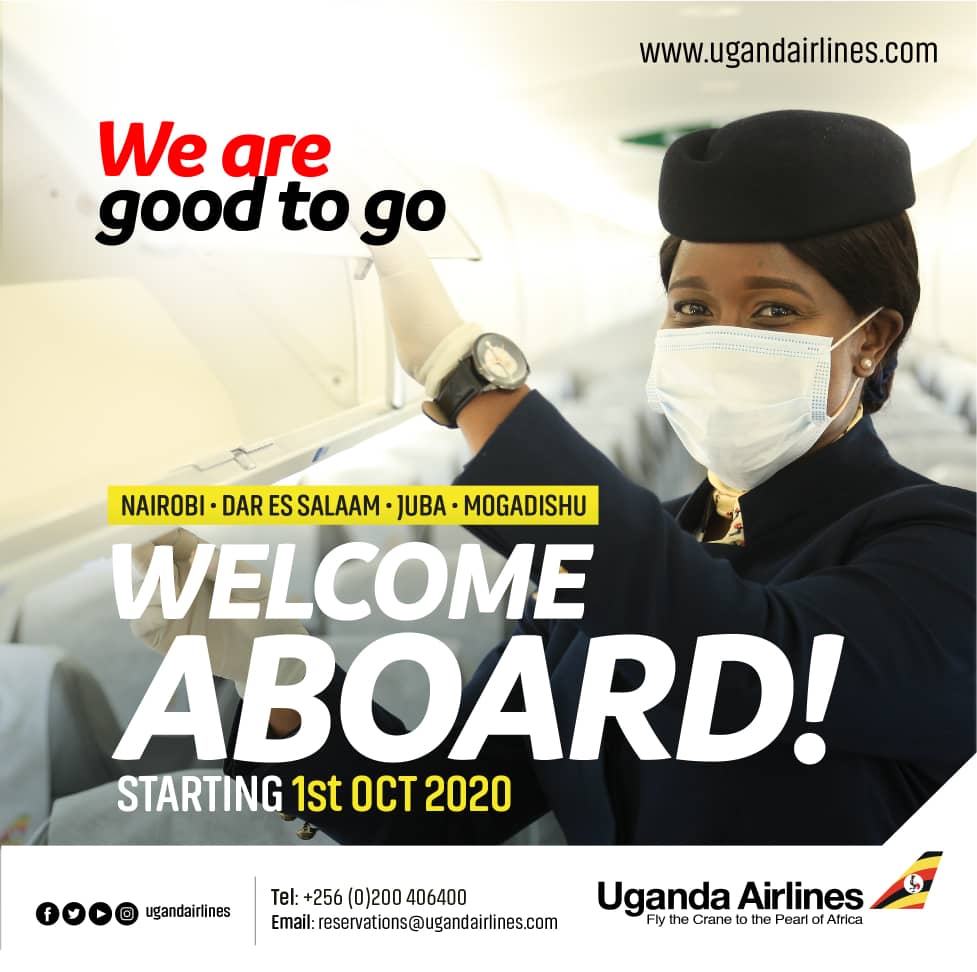 The national carrier Uganda Airlines has announced that it will resume commercial flights on October 1st 2020, but with only 4 destinations.

However on Sunday, the president announced re-opening of Entebbe International Airport for commercial flights bringing in both Uganda and stuck abroad and tourists visiting the country.

The airline which recently celebrated its first anniversary during the pandemic, has now announced that it will begin commercial flights on October 1st covering 4 destinations of Nairobi, Dar-es-salaam, Juba and Mogadishu.

“Other previously served destinations like Bujumbura, Kilimanjaro, Mombasa and Zanzibar will be added later” a statement from management indicates.

Meanwhile, plans for the Africa network expansion will continue, and the airline will launch scheduled operations to Johannesburg, Kinshasa, Harare and Lusaka in the coming months.

Uganda airlines has been carrying out repatriation flights all over the continent, bringing home Ugandans who were stuck in different countries due to the COVID-19 pandemic.

Two arrested in possession of counterfeit worth US$24,300
Civil Aviation Authority Releases Guidelines for travellers at Entebbe – Video
Advertisement