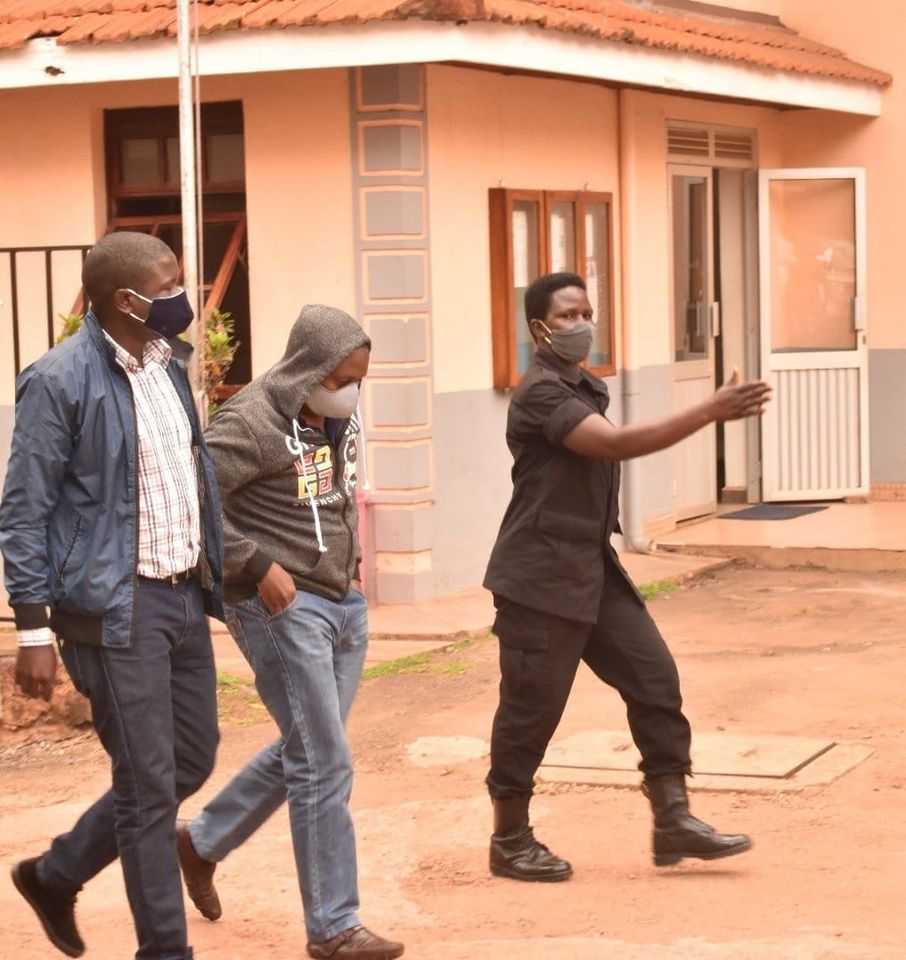 The police Criminal Investigations Department has Thursday produced two suspects before Anti-corruption Court on allegations of soliciting and receiving a bribe from the Manager Mukama Nayamba company located in Sheema District.

The two suspects are identified as Shaka Vitalias and Mwamule Norman both employees of UNBS working at Mbarara regional offices, as a head of Inspection and Surveillance respectively.

Twiine Charles Mansio the CID spokesperson says that it is alleged that on 29/7/2020 the suspects who were driving an official car Registration Number UAJ 486X Nissan Pickup, went to Mukama Nayamba processing factory and introduced themselves and indicated that they had come to do official business of inspection.

Unfortunately upon completion of their inspection they intimated that the factory had failed to measure to the standards and threatened to close it. Scared of their actions, the Manager of the factory offered them one million which they declined, but insisted that they wanted 10Million.

“With the continued engagement, the two parties settled for 6million which was handed over to Shaka Vitalias. However, the suspect came back a week later and demanded more money to the dismay of the workers at Mukama Nayamba.

But on consultation with their MD, a position was reached that these people should be tracked and arrested.

A 3Million trap was set to which the suspects succumbed to on 6/08/2020. The suspects were then arrested, searched and found in possession of the money, and detained at Sheema Police Station.

Case file CRB 496/2020 was opened, investigations expedited and charges of Corruption C/S 2(a) & 26 of the Anti-Corruption 2009 as Amended were sanctioned and dully consented to.

Suspects were re-arrested and brought to Kampala where they appeared today 15/10/2020 before His worship Moses Nabende and were remanded till 23/10/2020 for hearing of their bail application.