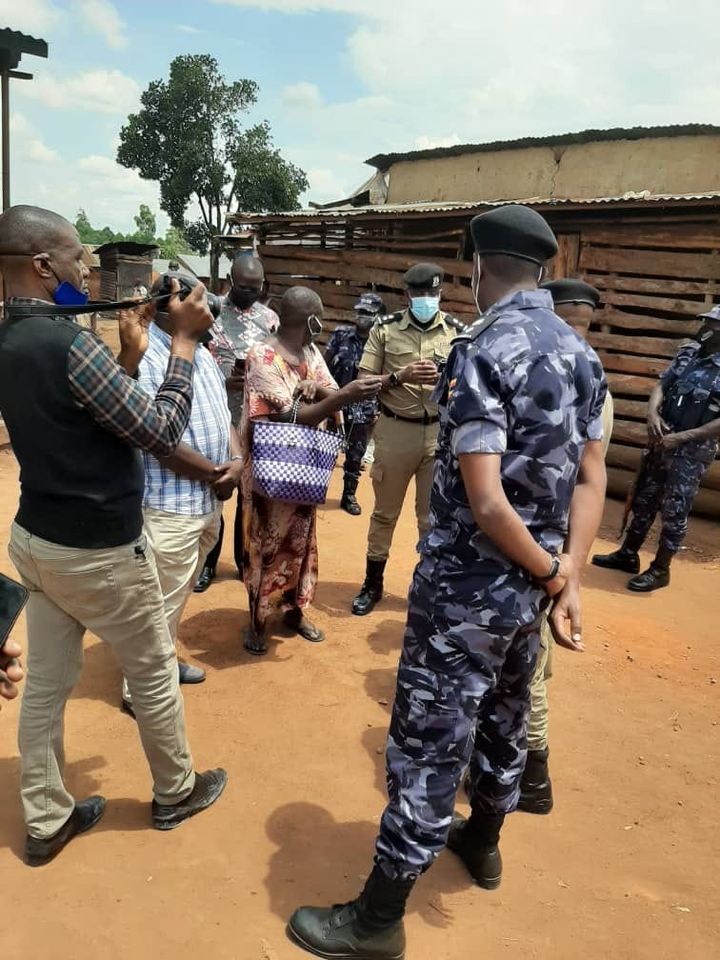 The territorial Police in Elgon Region has located the elderly woman who was caught on video being assaulted by one of the police officers.

A statement from police indicates that the officers regretted the incident and extended apologies from the IGP to the victim and her family members before handing over material and financial support.

“We would like to add that the disturbing video was however released after the death of the officer AIP Okiror Samuel, and therefore, this hindered any further action against him” the police added.

Police also says that the deceased was part of the team that had restored peace and calm following incidents of public disorder in the area.

“We take this opportunity to remind our officers of their duty to uphold the law and display high level of professionalism in the course of their duties.”