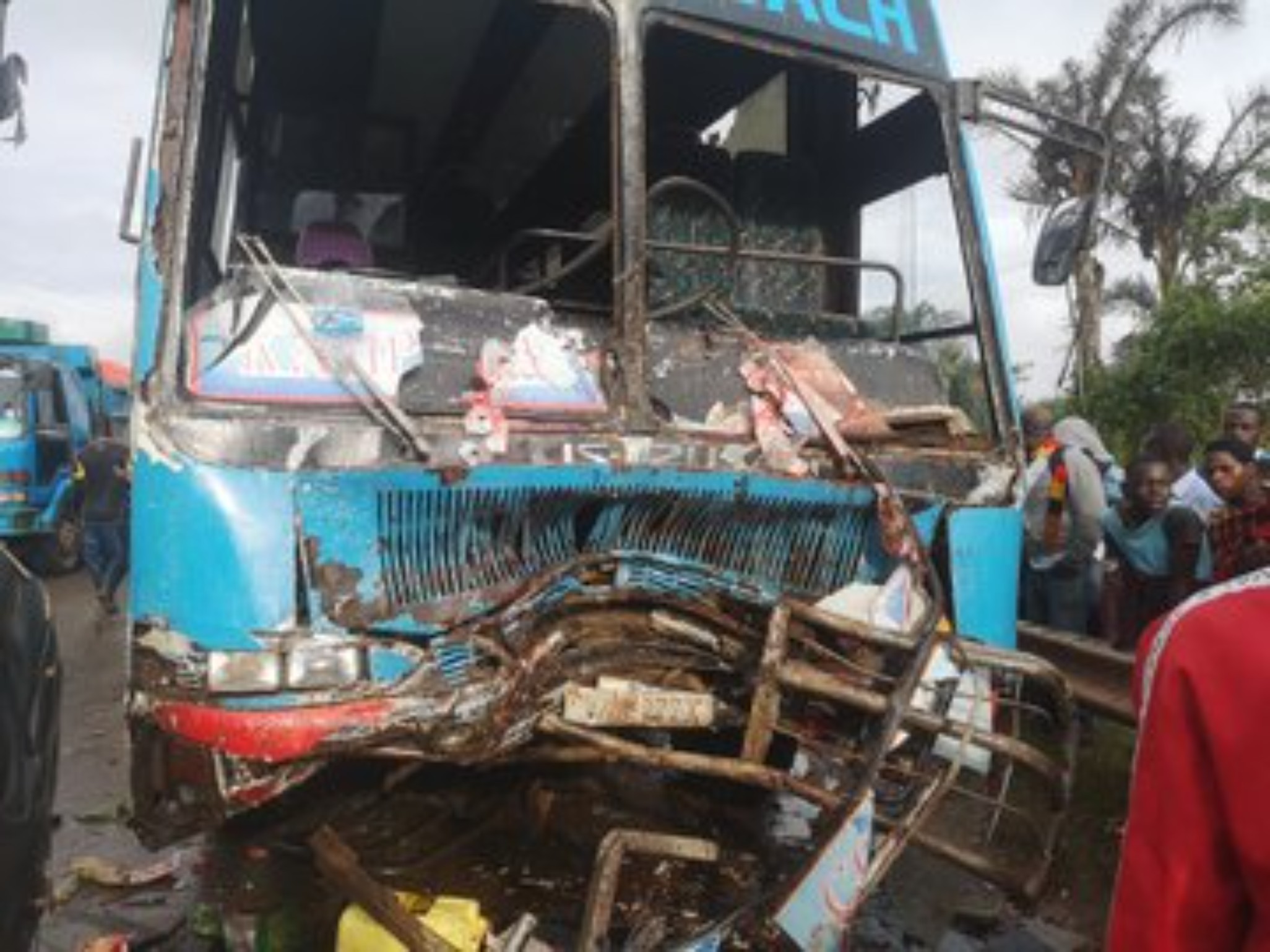 Two people have died and several others have been injured following an accident involving 3 vehicles at Kavule Village in Kiringente Sub County in Mpigi District.

The accident occurred Wednesday morning involving a bus belonging to Baby Coaches, Fuso truck and a trailer along the busy Kampala-Masaka Highway.

The deceased include the turn man of the Fuso truck who died on the spot. However, his driver was rushed to the hospital with a severed arm.

The other victims were travelling aboard the Baby Coach bus.

Eyewitnesses say the accident occurred when the Fuso truck that was destined for Masaka crashed the bus that was heading to Kampala from Bushenyi after hitting the trailer.

According to Joseph Tulya the Acting Katonga Region Police Spokesperson, they are yet to establish the identity of the deceased persons.

He cautioned the drivers to always take precautionary measures when driving on major highways in order to save life and property.