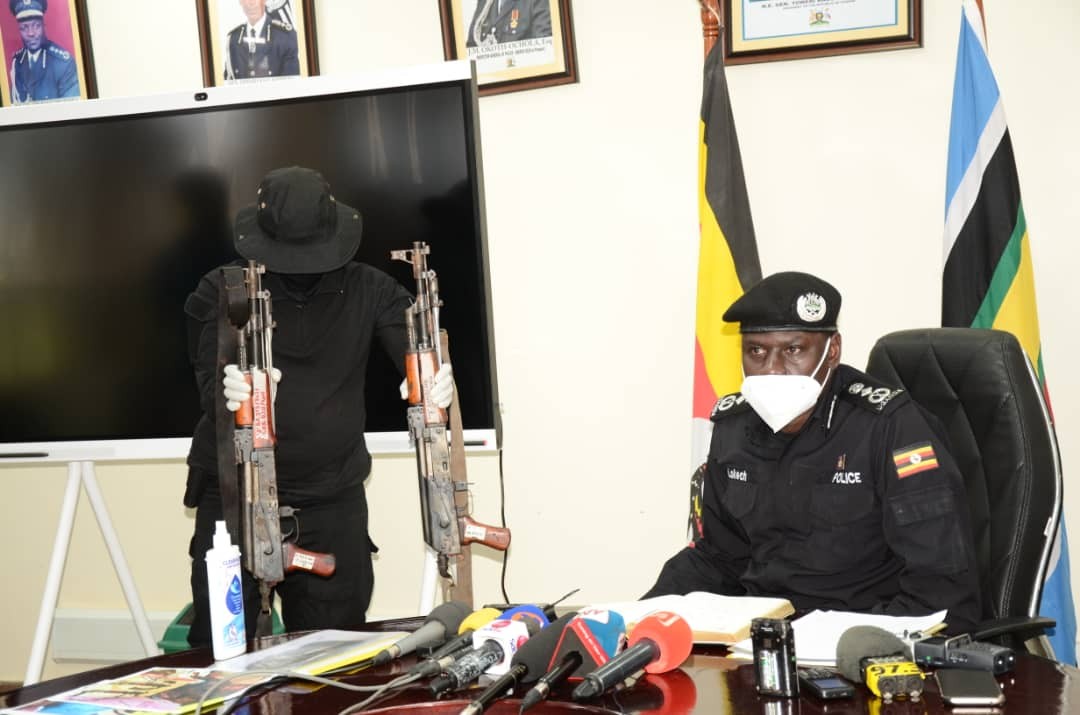 The task team actively investigating the double murder of Nantongo Brenda and Kayondo Haruna, and the attempted murder of General Katumba Wamala and his body guard Sgt. Koboyoit Khalid, has recovered the second killer gun used in the double murders.

According to Maj. Gen. Paul Lokech the D/IGP, all the suspects who are fully cooperating with the team of investigators, led them to Serwadda Juma, a Chapati seller in Namuwongo, who upon arrest led the team to the home of JUMA SAIDI, a bodaboda rider, located in Namuwongo-Kanyogoga village, Bukasa Parish, Kampala City.

Upon arrest, JUMA SAIDI, who acts as a custodian of the weapons by the terror group, led the team to his poultry house, and removed two guns and a pistol, that he had wrapped in a polythene bag and strategically buried underneath the ground.

The recovered guns had been transferred from Kisasi to Nansana, Kawanda and then Namuwongo-Kanyogoga, clearly showing how active the domestic terror cell was.

“We have now recovered the two suspected killer guns, four motorcycles used in the planning, preparation and execution of the many plots, bomb making materials, Al-Qaeda training manuals, several Western Union transfer receipts with foreign funders, T-shirts used in surveillance, mobile phones and an assortment of other exhibits. A pistol was also recovered” Gen. Lokech said.

He added that the exhibits and evidence gathered from witnesses, both public and private CCTV footages, and Forensic Analysis is very consistent with acts of domestic terrorism and extremism.

“We are now processing them on charges of terrorism and the aggravated robberies committed at Nansana Cheap hardware stores, the Robbery and Murder at Ntake Bakery Kalerwe, as well as the Robbery and Murder at Mpererwe Supermarket. We are meanwhile expanding both our investigations and operations to ensure all emerging domestic terror cells are cracked down, and the remaining remnants identified and brought to book” the D/IGP noted.

He added that concerted efforts are also in place to trace and establish the whereabouts of the overall coordinator Sheikh ABUDIN HUBAIDA TAHEEL BUKENYA who is on the run.

Man hacks ex-wife to death, before handing himself in to police
Police recovers one SMG Riffle from violent Karimojong Warrior
Advertisement