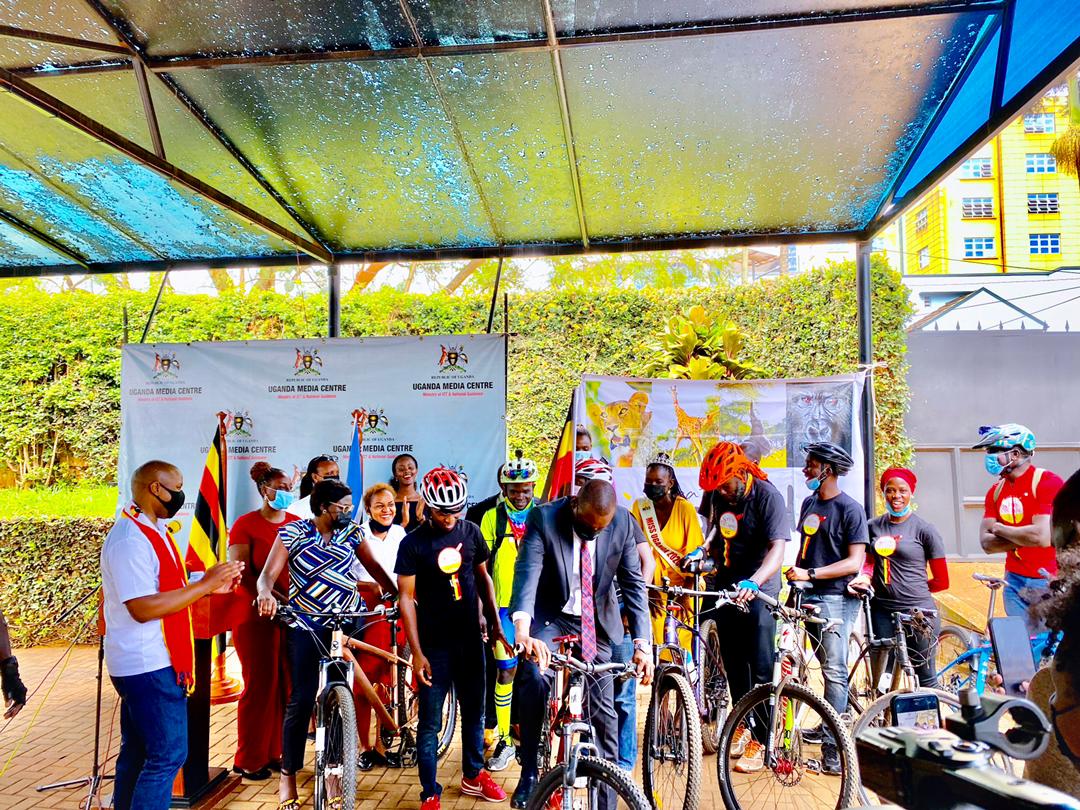 While addressing the press at Uganda Media Centre on Wednesday, the minister noted that he was happy to join Breathtaking Uganda and all of the major domestic tourism promotion players, Miss Uganda team led by our beauty queen Ms. Elizabeth Bagaya all being part of the government’s efforts to promote, harness and galvanize the domestic tourism industry post-COVID.

Bahinduka specifically applauded the Breathtaking Uganda team led by their CEO Isaiah Jobs Rwanyekiro and his partners who have not only seen it noble to lead the domestic tourism campaign but have found it important to engage all stakeholders.

“Surely together holding hands we can’t fail. And so today I am here to join all of you as we celebrate Uganda’s 59 years of Independence and commemorate this important milestone by flagging all of you off to the different destinations. And I am happy that I will be joining the team going to Western Uganda where we will sample some of the best facilities we have in Uganda in that region such as Lake Mburo National Park, Igongo Country Home and Museum, Great Lakes Museum, Little Ritz Hotel in Kabale, Lake Bunyonyi islands and Birdnest Resort as well as Bunyonyi Safaris who are celebrating 25 years of existence as a robust domestically owned tourism business led by Charlotte Kanabahita” the Minister said.

From Bunyonyi the Minister will head to Lake Mutanda in Kisoro where he says the team will enjoy many activities led by Mr. David Bakeine, the owner of Gahiza Island.

He added that as life is slowly drifting back to normal and there’s a need to double the efforts on the domestic tourism agenda, by allowing all Ugandans to embrace local travels.

“I want to thank Breathtaking Uganda, the company that has over the last three years positioned itself to be the go-to when it comes to luxury group local travels on a budget, and the many others available here, like the Fun Cycling team. On behalf of the Ministry, I want to say that you all have our full support. Let us engage together, let us synergize so that we enjoy the God-given gift that God has given us” the minister added.

He also thanked the facilities that have chosen to partner with the trip organizers to make these trips a success at an affordable rate.

He called upon the team to observe the Covid SOP’s.