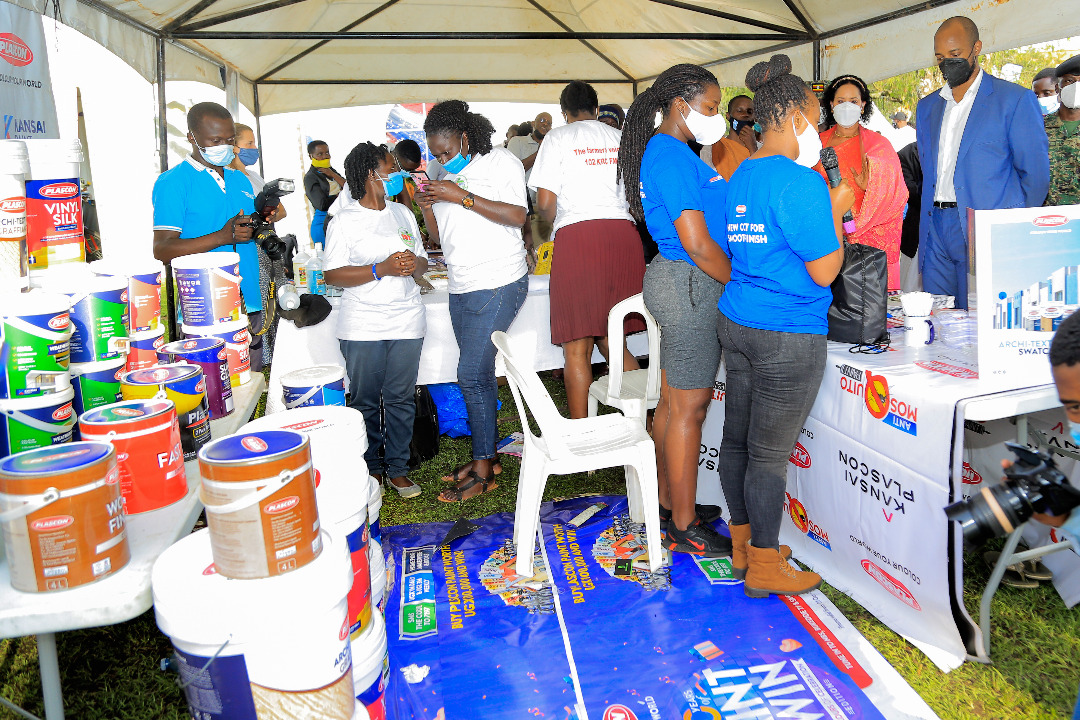 Not just because of experiencing the variety of cultures, but because the festival which painted white and pink with Plascon brands.

The three day event was very amazing as Plascon had a position where one customer won a boda from the Plascon Stall after he had bought paint from Magric Hardware Store.

The festival, which began Thursday, began with tourism and cultural trade, and will conclude Saturday with a virtual music performance including Tooro area artists and special guests such as Spice Diana, Aziz Azion, and Beenie Gunter.

“Tooro Kingdom is the jewel in the pearl” King Oyo Nyimba Kabamba Iguru IV (Below) said on arrival for the music gala during the Ekyooto HaMpango festival. The Virtual music performance took place at Nyaika Hotel.