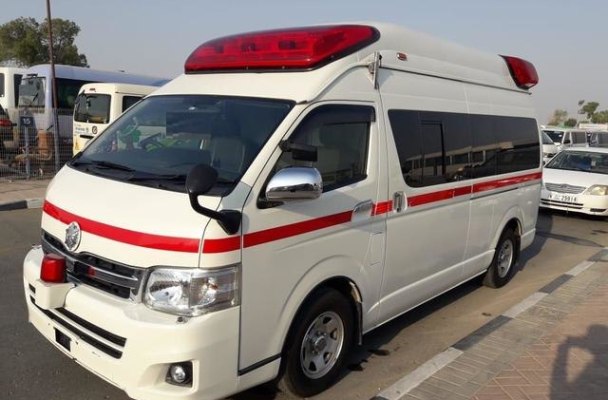 Police in Arua district has arrested 3 security guards at Arua Regional Referral hospital over allegation of theft of the hospital Ambulance.

According to Josephine Angucia the PRO West Nile region, it is alleged that the ambulance, land cruiser number UG 6812M went missing from the hospital parking yard in the night of 27th/03/2021 at unknown time.

The was case reported to police on Monday 29th/03/2021 at around 1139hours by one Avaga Johnstone Norman, 35ys, Lugbara by tribe, resident of the hospital staff quarters, head of security at Arua Regional Referral hospital.

Angucia says they immediately opened a case file of Stealing Motor vehicle under Arua CRB 305/2021, relevant statements were obtained from the hospital, scene of crime visited and documented, 3 security guards who were on duty on the fateful nights were arrested to assist police with investigations and their names concealed in order not to jeopardize investigations.

The three suspects are currently detained at Arua Central Police Station as inquiries continue so as to get the where about of the hospital Ambulance.

“It is said that the stolen Ambulance is one of the two new ambulances that the Government recently gave to Arua Regional Referral hospital to assist in emergencies in Cases of Covid-19 and other sicknesses that need immediate attention” she said.

Angucia urged members of the public to share information widely with police so as to recover the Ambulance since it serves the community in times of emergencies especially in this period of Covid-19.