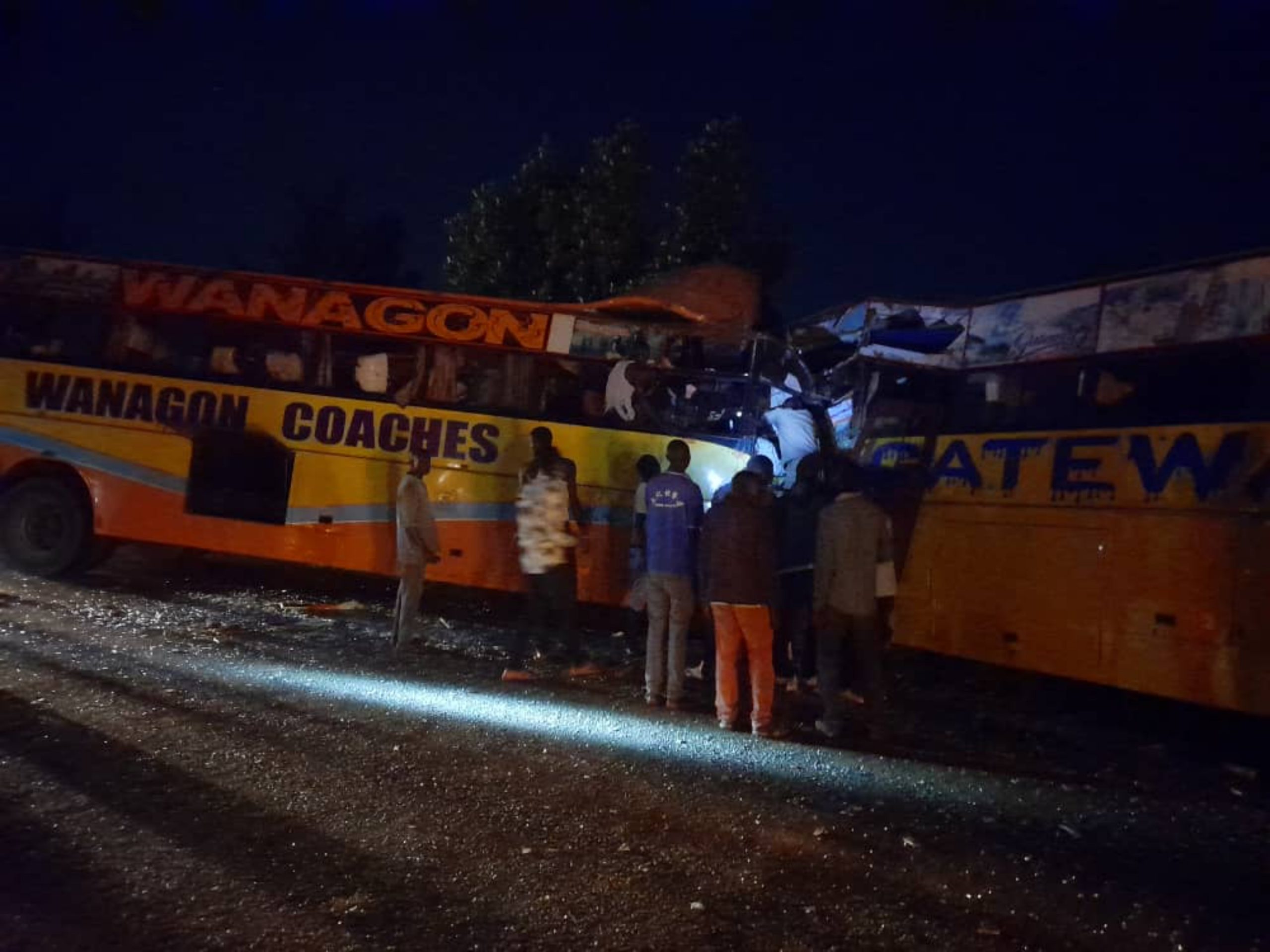 The incident occurred at about 9:40 pm last night at Kachumbala village along Mbale Soroti highway in Bukedea district.

According to ASP Faridah Nampiima the PRO Traffic, two men died on the spot while one woman died on her way to Kumi orthopaedic center.

Faridah says that preliminary findings indicate that the driver of Gateway bus failed to keep to his near side, causing a head-on collision. The driver has since disappeared and the police are searching for him, while the Wanagona bus driver identified as Saidi Rashid was rushed to Mbale hospital for treatment.