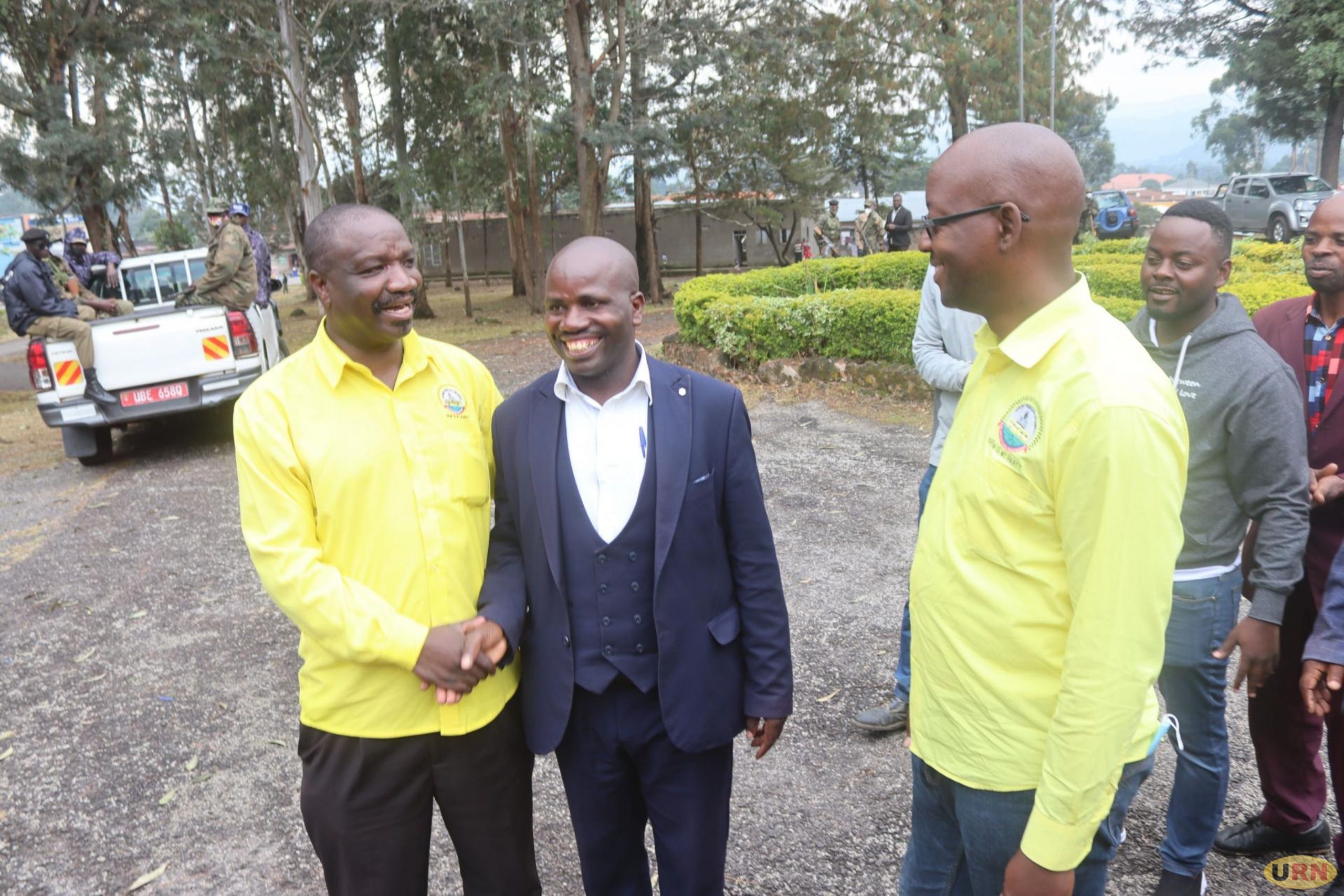 The trio is accused of opposing the nomination of Eddie Kwizera Wagahungu as the NRM candidate for the Bukimbiri county parliamentary by-elections.

The development came after the NRM vice chairperson in Charge of the Western Region, Chris Baryomunsi, and Emmanuel Lumala Dombo, Director of Communications declared Kwizera as the party candidate at a public rally in Rubuguri town council.

However, the three legislators publically refused to support him. Dombo and Baryomunsi tried to convince the trio to change their stand in vain. On Monday, Kamara, and Buchana escorted Asgario Turyagyenda, an independent for nomination. They later shook hands with Turyagyenda and vowed to ensure that Kwizera loses the polls.

On Tuesday, Dombo, Alhaji Moses Kigongo, the NRM National Vice Chairperson, and Deputy Treasurer, Jacqueline Kyatuheire summoned Kamara and Buchana to a closed-door meeting at Ikoro Hotel in Nyakabande sub-county to explain why they escorted Turyagyenda for nomination. Dombo later told URN that they summoned the legislators for contravening the party regulations of supporting the flag bearer.

He says that they asked the legislators to bury their hatchets, change their hearts, and support Kwizera, saying that the party leadership will look into their grievances after the elections. Asked whether the legislators agreed to the proposal, Dombo declined to respond and instead asked our reporter to ask them himself.

Abel Bizimana, Kisoro district LC 5 Chairman, who attended the closed-door meeting, says that the decision by Kamara and Buchana to escort Turyagyenda to the nomination instead of their party candidate is embarrassing and shameful.

Kwizera says that NRM MPs supporting an Independent candidate are fleeing away from home, which is unfortunate.
Kamara insists that he will not be intimidated to change his mind and decision of supporting Turyangyenda. Kamara says that Kwizera is not capable of having any leadership seat in Bukimbiri and Kisoro at large because he uses abusive language and is discriminative based on religion.
Buchana says that he has no case because of his decision not to support Kwizera since he isn’t opposed to the party manifesto. He wonders why Dombo and his crew are forcing him to support Kwizera based on the NRM flag forgetting that Democratic Party (DP) President General was recently awarded a ministerial seat by President Yoweri Museveni yet he is not in the NRM.

Voting in Bukimbiri is scheduled to take place on August 11, 2022. The by-election stems from the court of Appeal’s decision to nullify the victory of Kwizera citing irregularities following a successful application by Owebeyi.

In his application, Owebeyi argued that although the candidate’s photos and party symbols that appeared on ballot papers were genuine, they carried different names. The ballot papers carried the names of Arthur Kazoora Atuzarirwe as the NRM flag bearer, Didas Byaruhanga Kagyinda as the FDC flag bearer, and Victor Atwiine and Donzio Kahonda Mugabe as independent candidates yet none of them were from the area.