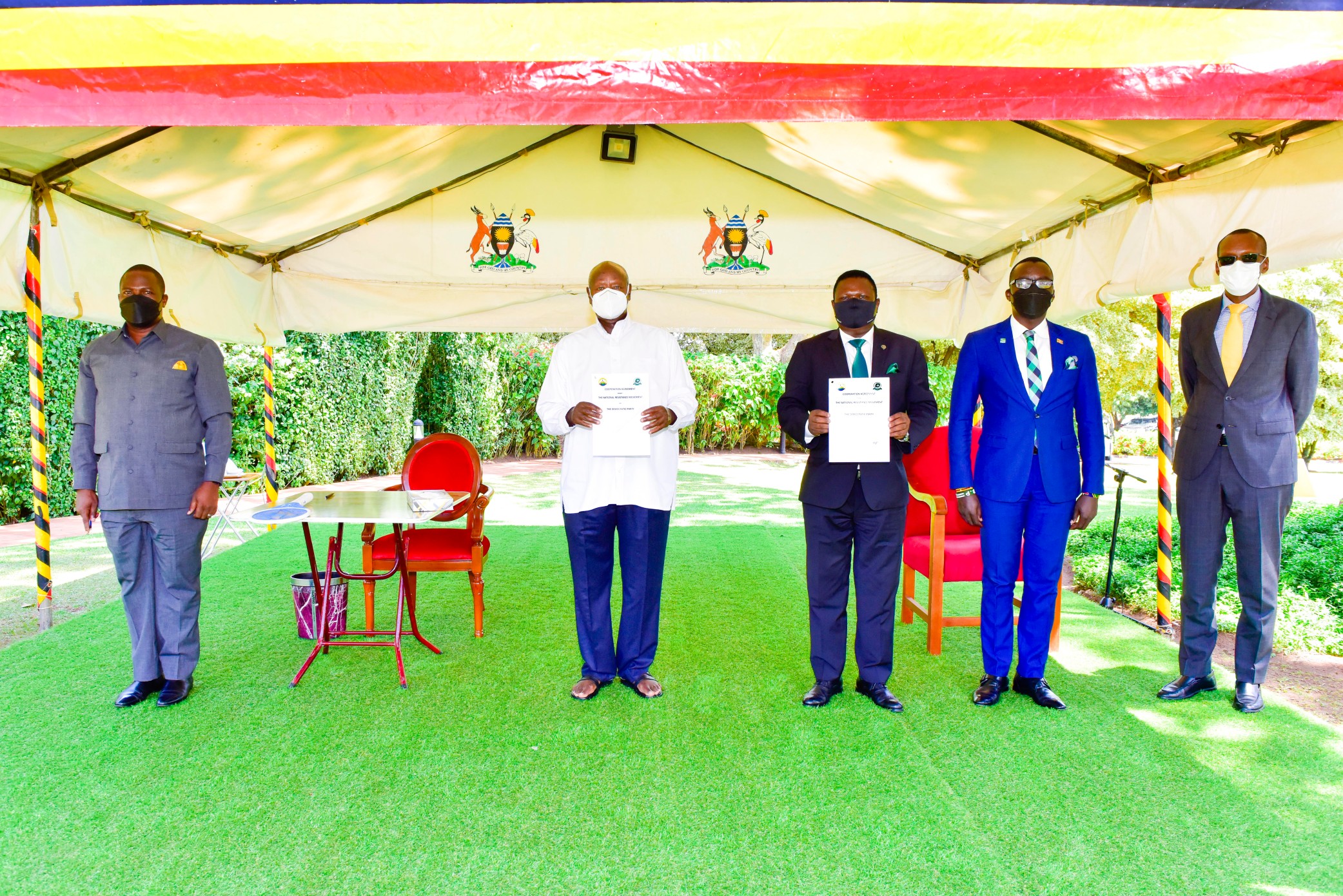 President Yoweri Museveni has reiterated his statement that there is no Democratic Party, DP without him. The president made the statement earlier today during a ceremony at which he signed a cooperation agreement with Norbert Mao the DP President.

On his side, Mao praised Museveni as a great captain of a ship called Uganda and noted that Ugandans must continue praying for him to steer the ship well.

He noted that the reason they signed is that they have often been accused of being the unwilling party.