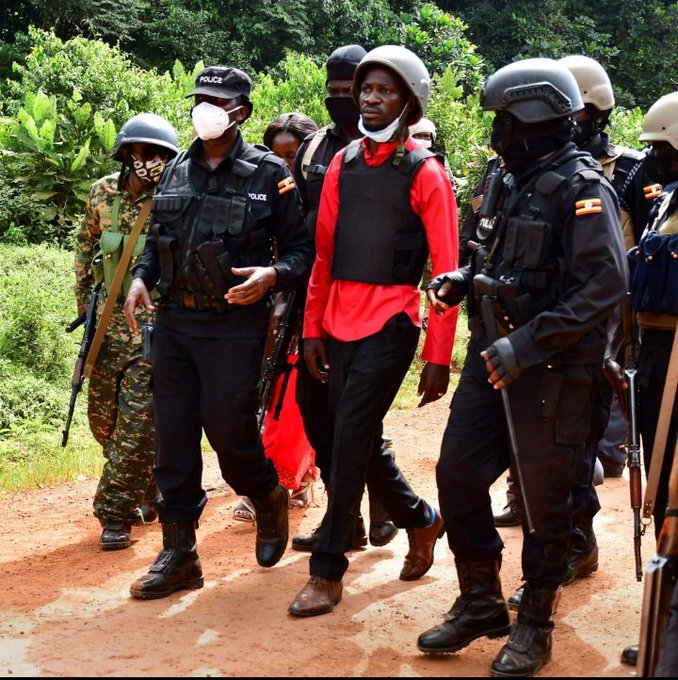 Government has been accused of planning an attack on the family of Kyagulanyi Ssentamu Robert the National Unity Platform, NUP Presidential Candidate.

According to Kyagulanyi, he received information from sources within government that his children would be kidnapped and physical harm inflicted on them.

Kyagulanyi’s children flew out of the country on Wednesday night destined for Texas in the US. According to their dad, they will be hosted by kind hearted Ugandans who reached out and offered to stay with them until the country is back to normal.

A section of Ugandans took to social media to disagree with Kyagulanyi’s decision, claiming that he shouldn’t let his children go into safety in a different country, while those of his supporters suffer here at home.

However, the candidate says his family has been through a lot of challenges since he decided to stand and his children have been living in fear.

“The nation is aware of the challenges my family has endured from the time I decided to take on the dictatorship of Gen. Yoweri Museveni. My children have lived in constant fear over the past three years. On several occasions, the cars which trail us have been trailing them, even to and from school. Last year, there was a direct attack on a car transporting two of them from school, forcing us to change their schools, and try to strengthen security around them” Kyagulanyi noted.

In a statement issued this morning, he noted that his children have largely lived as prisoners; very rarely leaving home. Ugandans will go to polls on 14th January 2021 to elect a President and Members of Parliament in one of the hotly contested General election.