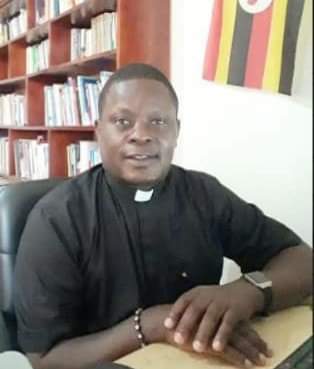 The incendiary rhetoric by the Minister of the Presidency Ms. Esther Mbayo accusing and holding accountable the Catholic Church and Buganda Kingdom for the poor performance of the NRM in the central region in the lately concluded General Elections, cannot go unchallenged. The Honourable Minister made bewildering remarks while addressing the Press on the forthcoming 35th NRM anniversary due on January 26, 2021. She mentioned the name of His Grace Dr. Cyprian Kizito Lwanga and Katikiro of Buganda Charles Peter Mayiga as individuals who made open statements that were interpreted as decampaigning the government programs. She went on further to call on the clergy to concentrate on what they are supposed to do and to stop mixing Church and politics. And that if they are interested in politics, they should pull off their robes and join politics.

These statements by a Cabinet Minister, Ms. Mbayo and a host of other politicians may construct a narrative that is dangerous and likely to fan into flame religious and ethnic bigotry. However, if we make a scholarly analysis of these statements made by politicians accusing religious leaders of politicking, the work of Stephen Carter, the American scholar, come to my mind. Carter wrote a book “The Culture of Disbelief” based on the premise that the principalities of politics and religion, when not producing oppression from their merger, are necessarily generating friction from their separation. He stated that it is no secret of contemporary society that unresolved tensions between religion and the state continue to surface and that there is yet any satisfactory harmony on the proper role of religion in public life. However, he insists that religion be allowed to fulfil its historic and functionally best role of checking the power and policies of the states. According to Carter, religion is at its best, and thus the state and society derive the most from it, when it serves as a mediating institution between state and citizen, never in substantial alliance with the state and always a potential source of moral dissent for the citizen. Both the Church and State are at the service of the human person, his/her wellbeing and destiny.

To live according to the above counsel, the Church exercise the prophetic ministry and stands with the people same as the prophets of old who encouraged the community of Israel, they rebuked her, they denounced the kings and the wealthy oppressors of the poor, they spoke about the “Messiah” – the mysterious anointed king who would one day come to redeem Israel. In times before there were free and fair general elections, independent judiciary and the rule of law, religion often provided the only check on political power. Religion provided a higher law than the law of the King, and the prophet could challenge the despot with the voice of God. When religious leaders assume a vocal posture and become active in matters considered political, then, it’s time for those in power to make an introspection on their governance programs, policies and actions. The Church has a mandate to speak up and even encourage the people to cry out loud to God who assures them always: I have heard the cry of my People; I will come and Save them” (Exodus 3:7). In crying to God, the Church encourages the people to defend their God-given freedoms, rights and dignity and this will certainly cause a friction. But accusations and warnings only exacerbate the friction in a fragile situation.