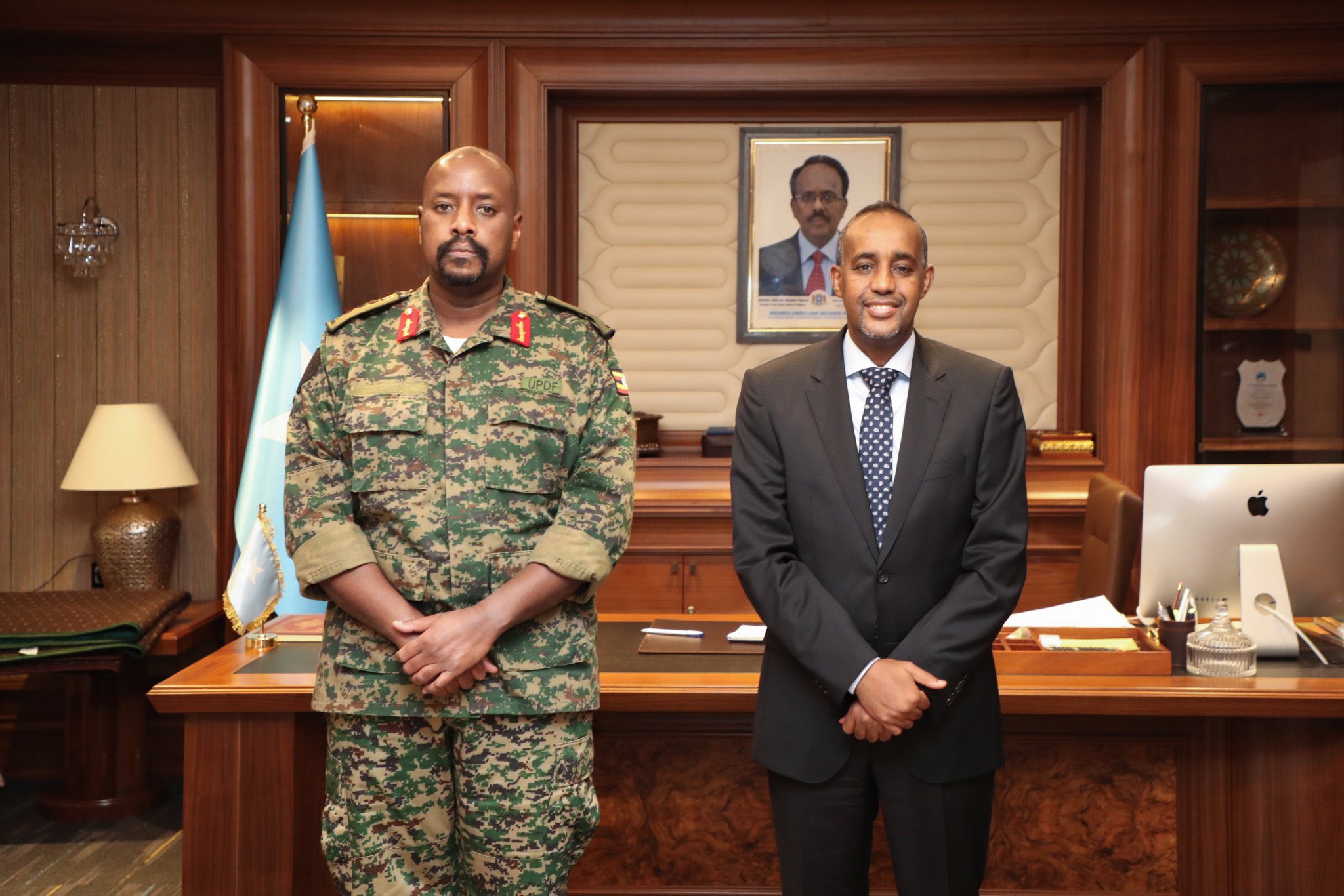 The people of the Federal Republic of Somalia have expressed dissatisfaction with the meeting between their Prime Minister H.E Mohamed Roble and the Commander Land Forces for Uganda Peoples Defence Forces, UDF Gen. Muhoozi Kainerugaba.

The meeting took place on Monday at Prime Minister Roble’s office in Somalia. However, a section of Somalis noted that it was a sign of disrespect and for the Muhoozi, who is also the first son, to meet the PM in the absence of the country’s defense Minister.

According to Mohamed Ibrahim Moalimuu the spokesperson of the Federal Government of Somalia, the Prime Minister thanked UPDF for supporting Somalia.

Some Somalis wondered, however, exactly what UDF has achieved in their country, since they went there in 207, and noted that it would be of great interest for their country if UPDF left.

Another user demanded justice for the 7 civilians who he alleges were massacred by the Ugandan soldiers in Golweyn.

Another Somali National called the meeting unprofessional, noting that there was no need for the PM to meet with the General.

Uganda was the first country to send peacekeeping troops to Somalia and has been applauded by many countries and organizations for helping push Al-shabab out of Mogadishu. In June this year, a UPDF contingent handed over to the Somalia Government, the Marianguwaay Forward Operating Base in Lower Shabelle. However, the base was lost to Alshabab, shortly after UPDF’s exit.