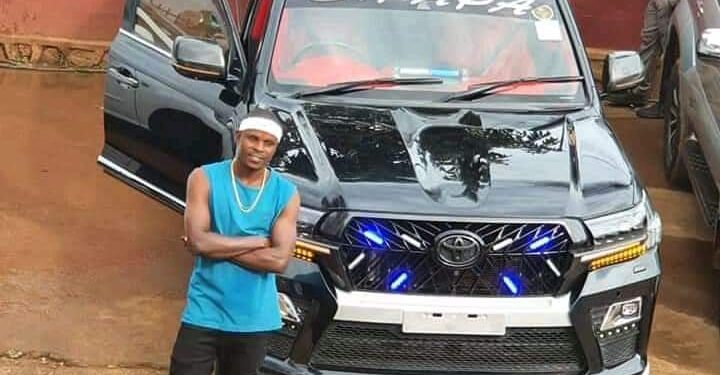 This was revealed by the Chief Political Commissar, AIGP Asan Kasingye.

“This vehicle belonging to Sipapa is now impounded by Police Uganda,” he tweeted.

According to Sipapa, he scratched Ben Jastt’s car and took off so as not to cause a traffic jam on the road because people always converge when they see him.

Over the weekend, a Twitter user identified as Ben Jastt said that socialite Olim Charles a.k.a Sipapa knocked his car, threatened him, and drove off.

“Hello, @AKasingye @PoliceUg kindly help. A one SIPAPA driving a numberless black land cruiser VX V8, driving in a wrong line!! Knocked me and because he was armed and also had armed UPDF soldiers in the car, threatened to shoot me because I am inferior and drove off,” he tweeted.

However, Sipapa said Ben only tweeted because he wanted social media attention and followers.

MICHAEL KAGUTA a.k.a TOYOTA FLAGS OFF F.M.U RALLY IN JINJA
Lwasa and Angel’s Break Up After Two Years Of Marriage
Advertisement