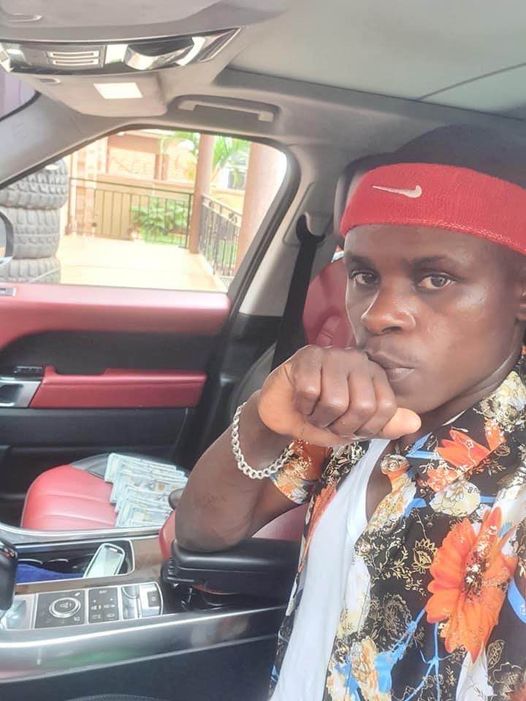 The Directorate of Crime Intelligence has arrested Olim Charles alias Sipapa, who was on the Police wanted list, for an alleged Aggravated Robbery, which occurred at the home of Jacob Arok, in Kawuku-Bunga, on the night of 28.08.2022.

According to SCP Fred Enanga the Police Spokesman, arrangements are in place to hand him over to the CID task team at Kampala Metropolitan Police, for further interview and court action.

“The police leadership has commended the tireless efforts of the CID and CI task teams in arresting and helping to bring the suspect to justice. This now brings the number of suspects arrested to five. Any new developments shall be communicated accordingly,” says Enanga.

Details of the case

On Monday, Enanga told the press at Naguru police headquarters that the CID task team at KMP was investigating a robbery that occurred at the home of Jacob Arok, a South Sudanese National, of Kawuku zone, in Bunga, on the night of 28th – 29th August 2022.

It is alleged that on the fateful night, a group of thugs broke into the home of the victim, after applying suspected chloroform on the occupants who were asleep. The thugs ransacked the home and robbed cash USD 429,000, 4 iPhones, 2 Apple laptops, a DELL laptop, gold Jewellery for his wife, and a 65” Samsung TV among others.

During investigations, detectives from KMP, tracked down an iCloud signal from one of the stolen iPhones, which led them to the location in Kityo close, Buwate in Kira Division. They interviewed the occupants of the said home who told them that it belonged to Olim Charles SIPAPA, who was not at home and had travelled to Tororo.

“A thorough search was conducted in the home, in the presence of Nakiyimba Shamira, the wife to SIPAPA and exhibits of evidential material, allegedly stolen from the home of Arok Jacob, recovered. These include; USD 70,000, 4 iPhones, 3 laptops, gold jewellery, an iPhone charger, and a mac pro charger. Also recovered were two registration number plates, UBG 025B and UBA 023U, in addition, an assortment of car accessories were recovered which include; 2 amplifiers, 6 tool boxers, 4 sports vims, a rear car seat, 12 headlights, indicators, jeep bumper, V8 bumper, V8 rear boot doors, bonnet, 3 radiators, 4 inner door shutters, V8 rear boot doors, 7 grills, two cars a jeep and Audi, without registration plates, had been resprayed with a red colour and found in the compound,” Enanga added.

Four suspects including Sipapa’s wife were arrested as police launched a manhunt for him.