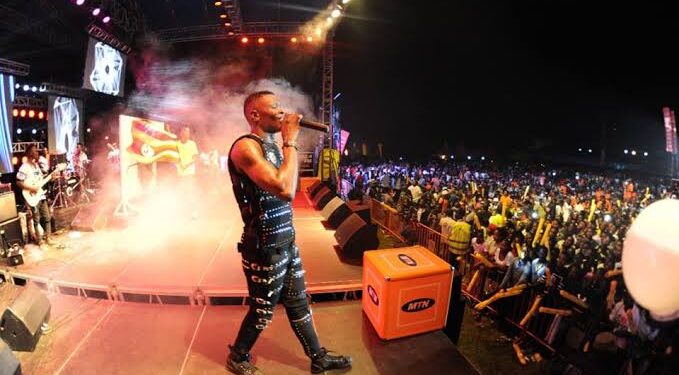 Women love money, yes they do, and a lot. They love to be given lots and lots of money and for what? Just luxury.

However, chewing a woman’s money when you are a man is a task as hard as walking to the moon on foot. And Dr. Jose Chameleone can testify to this.

The Leone Island boss was left embarrassed after a female fan came onto the stage to give him some money for a great performance.

She however withdrew her hand as she handed it to him. Chameleone had also readied himself to get this money but had to pretend like it was no big deal.

She might have thought about her hard-earned money and decided to keep it for her nails probably and hair.

Continue Reading
You may also like...
Related Topics:Featured, Jose Chameleone