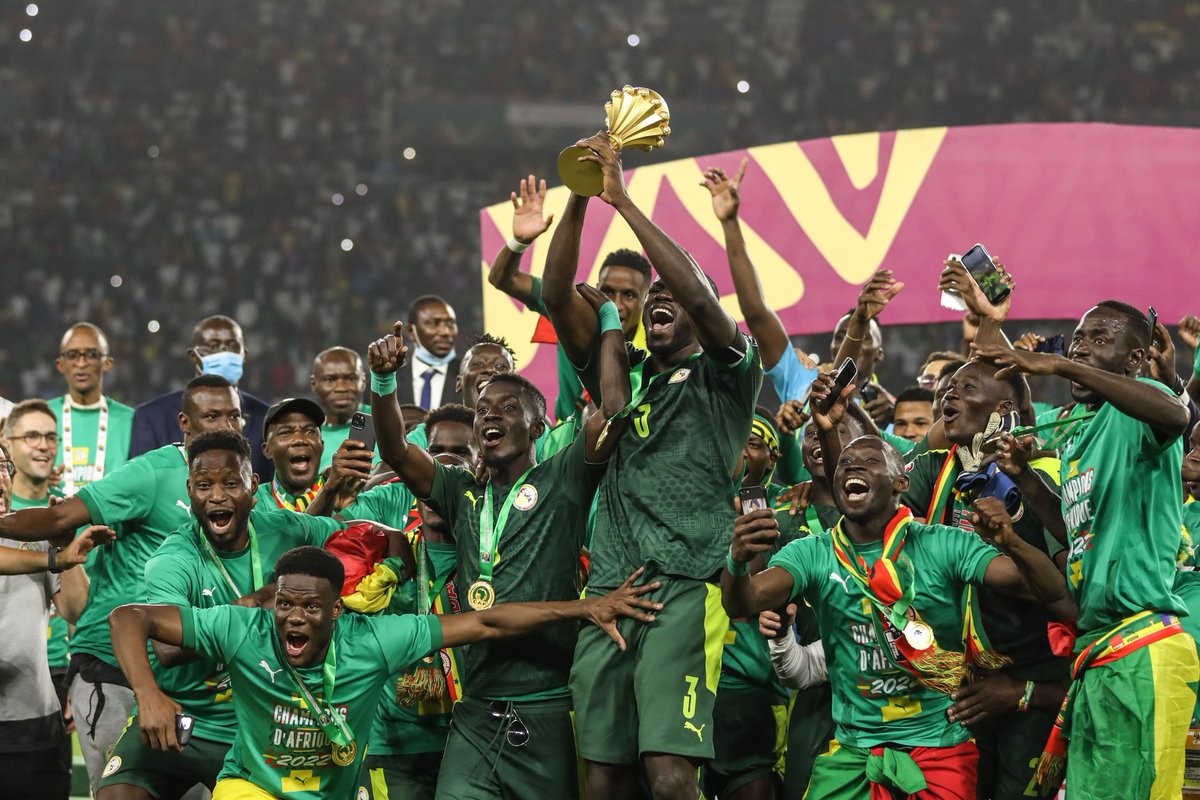 The Lions of Terenga beat Egypt in a penalty shootout to emerge champions of the Africa Cup of Nations (AFCON) 2021 edition hosted by Cameroon.

Both sides couldn’t break the deadlock within the 90 minutes of play before they headed to another goalless extra time calling for a shoot-out.

Egypt’s Mohamed Abdelmonem sent his penalty to the woodwork before Gabaski saved Ismaila Sarr’s kick to keep both sides levelled in the shoot-out.

Under Aliou Cissé Senegal have won their first ever AFCON after loosing the 2019 edition to Algeria and they are the fifteenth different nation to win the competition.