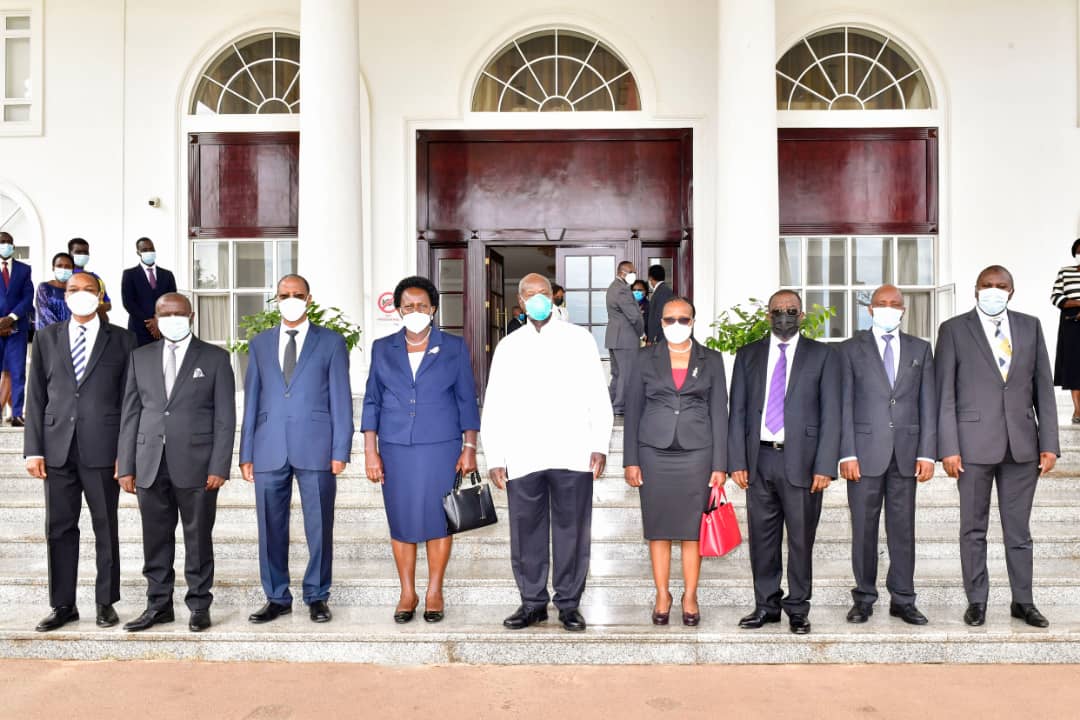 The government will appeal the court decision to give the murderers of Case Clinic accountant Francis Ekalungar life imprisonment instead of death, President Yoweri Museveni has revealed.

The President has also emphasized that Uganda has not abolished the death sentence. He also protested the continued decision by the courts to grant bail to murder suspects saying bail is not a constitutional right and must not be used to provoke the public.

“For somebody to kill a person and you give them bail is a provocation. It is abominable. I would like us to be sure of this ideological disagreement. This bail, what is the hurry? Who are you trying to please? Who said bail is a right? It is not in the Constitution. We are going to work on this. I am going to summon the NRM caucus and if necessary, we put it to a referendum. With this provocation, people will take the law into their hands,” he said.

Mawa Muzamiru the ring-leader in the brutal murder of the Case Clinic accountant was recently sentenced to life imprisonment, while his accomplices including his wife Resty Nalunga, Yiga Deo, and Huzailu Kiwalabye received five, seven, and 25 years imprisonment respectively.

“These people conspired to kill the accountant. Now one was given a life sentence, was the one they killed given life sentence? Was the death Sentence abolished? The Case Clinic case will be appealed,” he said.

The ceremony took place on Wednesday afternoon at State House Entebbe and was graced by the Deputy Chief Justice Hon. Justice Richard Buteera, the Acting Principal Judge Hon. Justice Musa Ssekaana, Attorney General Kiryowa Kiwanuka, and other officials from the Ministry of Justice.

The swearing-in ceremony for the IGG Beti Olive Namisango Kamya and her deputies Dr. Patricia Achan Okiria and Ms. Ann Twinomugisha Muhairwe was conducted by the Head of Public Service and Secretary to the Cabinet Ms. Lucy Nakyobe and that of the Justices and Judges was conducted by the Chief Registrar Her Worship Sarah Langa Siu.

The President urged the judiciary to address the issue of ideological differences when passing judgment on criminal cases to render justice to the victims of these crimes and to avoid the breaking of the law with impunity.

“However I am seeing an ideological problem between the way you are trained as lawyers and we the freedom fighters and then population. For somebody to kill a person and you give him bail that is a provocation. Justice will lose meaning completely,” he said citing the case of 43-year-old Akello Christine who was murdered by her husband Alal Denis in Anai Ober Cell, Ober Ward in Lira City West.

Alal was later killed by a mod using the same panga he used to kill his wife. The President also cited the case of Acucu in Karamoja who returned from jail after 10 years and found his wives married to other men and his cattle stolen. He embarked on a cattle-raiding spree that resulted in counter-attacks leaving hundreds dead.

President Yoweri Museveni congratulated the young team of lawyers upon their appointments and noted that the 2 categories of officials sworn in today the justices, Judges, and the IGG as well as her 2 deputies could do a lot to expedite the growth of the economy that has already recovered and expanded.

He urged the office of the IGG led by Hon. Beti Kamya to step up the fight against corruption as the population is already fed up with corrupt officials.

“People are fed up with corruption, this is not a difficult job for serious and honest people. Your offices are infiltrated, start by cleaning it up and link with the public to collect vital information. Be patient and connect with local people. Corruption is like AIDS, it attacks your defense system. CID doesn’t do its work, research people to not handle whistleblowers etc. Don’t frustrate them. The victims and their relatives are reliable allies in the fight against corruption.

Link up with them,” he said.

The new IGG Ms. Beti Kamya pledged to offer motivational and inspirational leadership and said they will do their very best to ensure they deliver the mandate entrusted to them.

“We shall pay a lot of attention to prevention and not just running after cases,” she said.

Buteera said with the increased financial resources, the Human Resource challenge is to be addressed systematically each financial year starting this year with the recruitment plan of 2 Justices of the Supreme court, 14 Judges of the High Court, 10 Deputy Registrars among others.

Buteera said in a bid to extend services nearer to the people, the Judiciary has undertaken a number of construction projects meant for housing court premises.