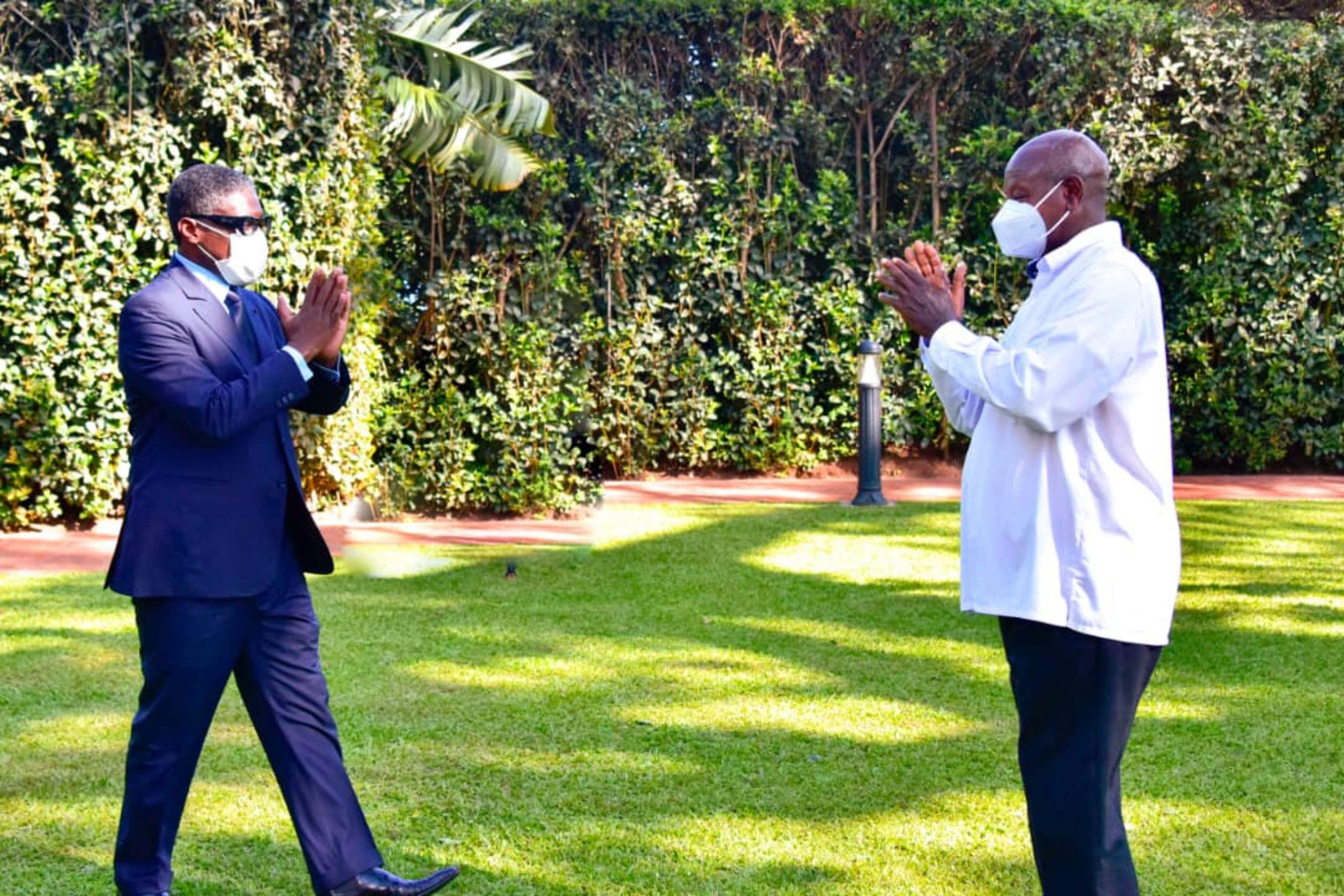 President Yoweri Museveni has received a special message from President Teodoro Obiang Nguema Mbasogo of the Republic of Equatorial Guinea. The message was delivered to him by Vice President H.E. Teodoro Nguema Mangue who met him at State House Entebbe on Tuesday.

The two leaders later discussed various issues affecting their respective countries and the continent including strengthening their cooperation in peace, security, and social-economic transformation saying problems in Africa can be defeated if they all worked together.

“I thank my brother for sending you. Capacity building is very essential and Uganda is willing to cooperate with Equatorial Guinea. When fighting Idi Amin, I trained 28 young people from Mozambique. They became the core of our army who trained others,” President Museveni said.

According to a statement from the statehouse, the President said Uganda is on the frontline of fighting hostile groups including from Sudan and Somalia.

“We want to help but also teach a lesson that Africa belongs to Africans. The problem is the politics and a wrong type of army that is not oriented to fight and defend their country and defend it cheaply,” he said.

He added that Uganda is already supporting Equatorial Guinea in building capacity and professionalization of the West African nation’s army.

Vice President H.E. Teodoro Nguema Mangue who is on a two-day working visit to Uganda, commended President Museveni for his support to Equatorial Guinea and for Africa. He said the current global changes and instability in parts of Africa are a challenge to the continent.