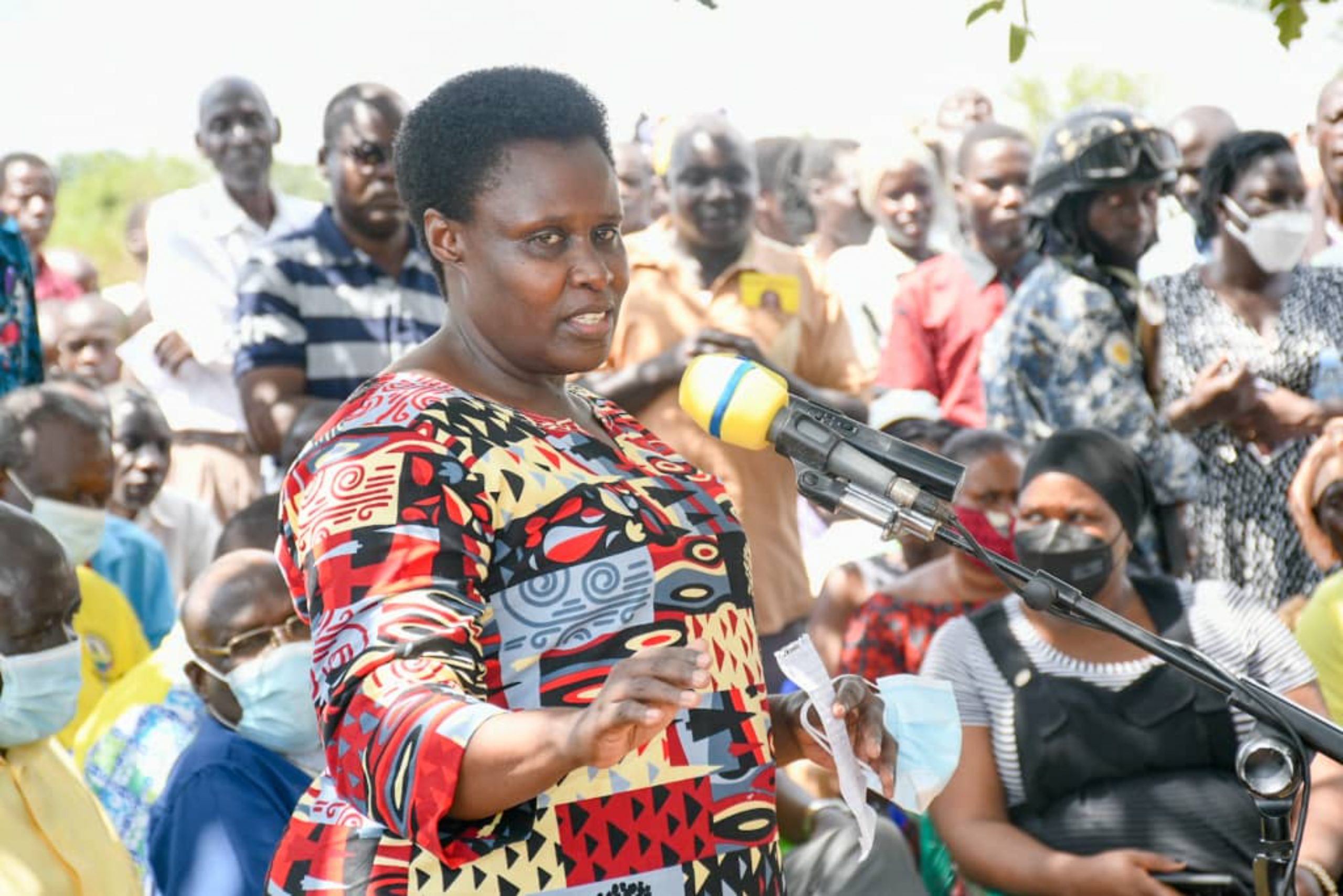 Voters in Soroti East have been urged to support the NRM candidate to be able to stimulate more development in the Teso sub-region. “We are here to ask you to continue a peaceful journey led by President Museveni by voting Herbert Ariko. NRM promised a University, good roads, improved Agriculture with tractors, and sustained peace, and on all its promises; NRM is continuously delivering. Let’s not interrupt this progress. Vote right.”

The call was made by the Vice President, Jessica Alupo who added her weight to the National Resistance Movement- NRM candidate, Herbert Edmund Ariko for the Soroti East parliamentary by-elections.

Alupo, who was accompanied by seven ministers and several Members of Parliament from Teso and Karamoja sub-regions campaigned in Otatai, Acetgwen, and Opiyai wards after engaging several party leaders at Eneku village Sunday.

The Vice President joins several other government officials including the Prime Minister, Robbinah Nabbanja, the Deputy Speaker of Parliament, Thomas Tayebwa, and the NRM bigwigs who have camped in Soroti to rally support for the NRM candidate. The government officials are telling residents to support Ariko whom they claim can easily maneuver through government protocols to help the people of Soroti and Teso.

“When you vote opposition leaders, they will only speak here but cannot reach out to the President and the line ministries to be able to help you when there are issues”, the State Minister for Works said at a rally in Campswahili ward. On her side, the Premier, Nabbanja said that NRM must win the Soroti by- election by all means.

Meanwhile, in the FDC camp, the party President, Patrick Oboi Amuriat told residents to vote back Moses Attan Okia for effective representation in parliament. Amuriat said that the FDC representation addresses issues affecting all Ugandans regardless of their political inclinations.

His message was reiterated by the former party President, Dr. Kizza Besigye when he campaigned in Kichinjaji, a rally he addressed after beating security in Jinja City on Saturday evening. Dr. Besigye says that unlike the leaders from the ruling party, FDC speaks for the people.

The battle for the Soroti East Parliamentary is climaxing with the arrival of President Yoweri Museveni who is expected to campaign for the NRM candidate, Herbert Edmund Ariko today Monday, July 25, 2022. Both the FDC and the NRM top party leaders have pitched camp in Soroti to canvass votes for their respective candidates in the polls scheduled for Thursday, July 28, 2022.

The Soroti by-election came after the court of appeal decision nullifying the election of the FDC’s Moses Attan Okia over the erroneous annexation of Aloet and Opiyai wards to the Soroti West constituency. Unlike the 2021 general election, the Soroti East by-election has attracted three candidates including the UPC’s Pascal Amuriat.

There is no DP without me- Museveni reiterates
Soroti East by-election; FDC candidate allegedly poisoned
Advertisement