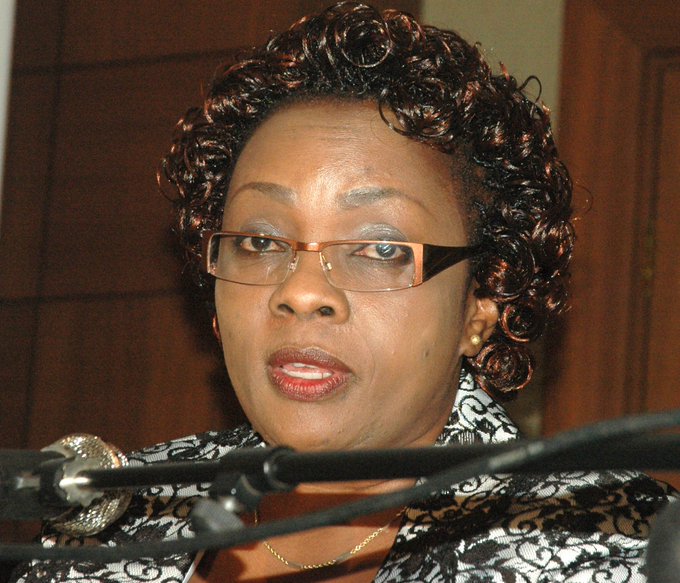 President Yoweri Museveni has congratulated Justice Dr. Julia Sebutinde upon her re-election judge to the International Court of Justice, ICJ for the second term that will run from 2021-2030.

Justice Sebutinde beat her competitors in an election held at the United Nations in New York on Thursday 12th November 2020.

According to a statement from the Ministry of Foreign Affairs, the elections were held concurrently with the UN Security Council and the UN General Assembly. The ICJ is the highest judicial body in the world and one of the five organs of the United Nations.

Justice Sebutinde’s re-election campaign was spear headed by His Excellency President Yoweri Museveni who strongly recommended her to the world leaders in his address to the UN General Assembly on 29th September 2020.

After hearing the news of her re-election, President Museveni took to twitter on Friday and congratulated the judge.

“Congratulations to Justice Julia Sebutinde, who has been re-elected to the International Court of Justice. I thank the team at the Ministry of Foreign Affairs that worked tirelessly to ensure Uganda keeps the slot” the President wrote.

Justice Sebutinde’s victory was sealed in a second round of voting in the UN General Assembly. The five judges are;

The other candidates who competed in the race are; Mr. Emmanuel Ugirasebuja from Rwanda and he polled 87 votes, Ms. Maja Sersic from Croatia who polled 42 votes and Mr. Taoheed Olufemi Elias from Nigeria who came last with 31 votes.

The news of Justice Julia Sebutinde’s win was first announced on Twitter by Adonia Ayebare, the Ambassador and Permanent Representative of Uganda to the United Nations.