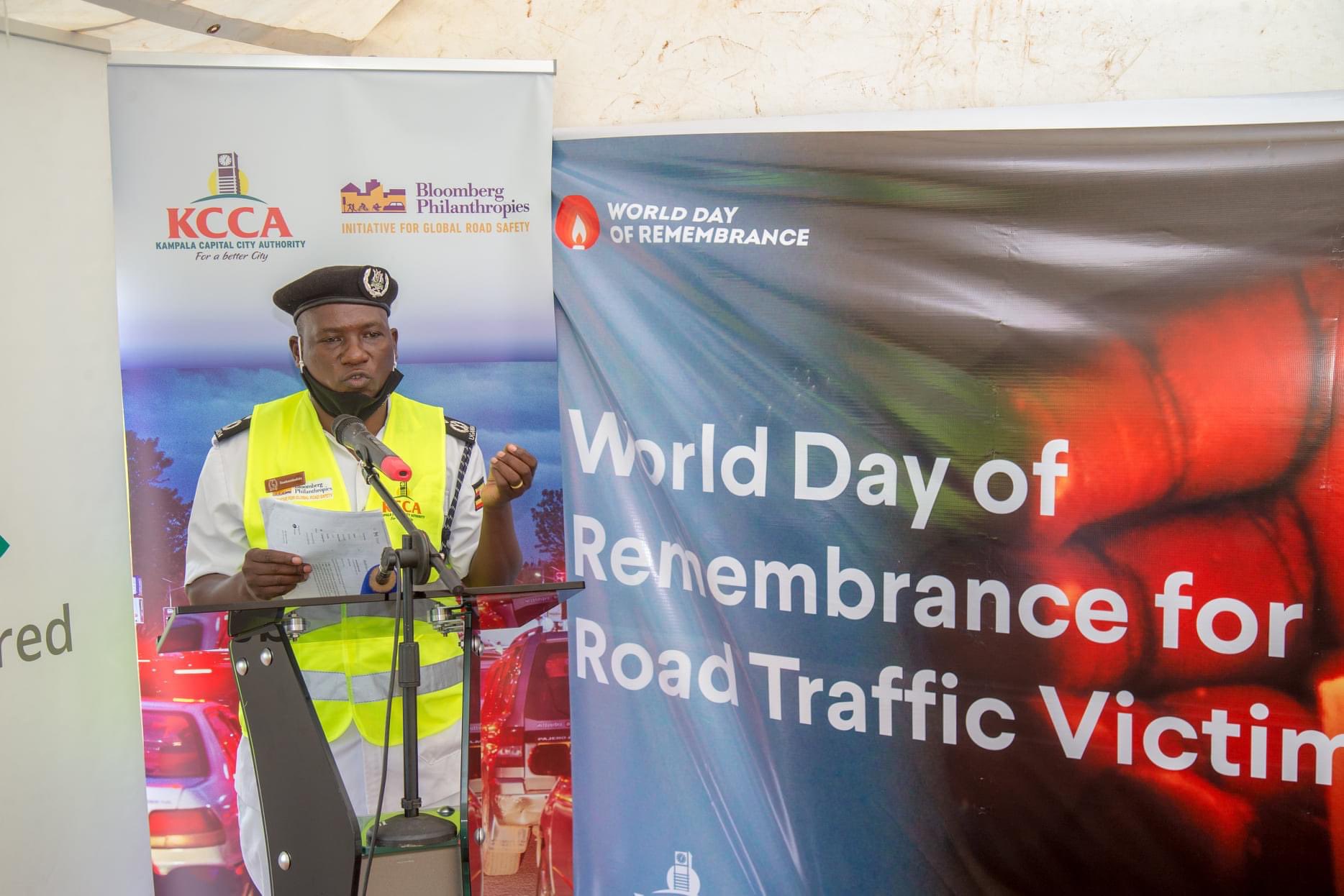 At least 1.35 million people lose their lives while 50 million others are injured due to road accidents across the world. Over 90% of the World’s deaths on the roads occur in low-income and middle income countries which have less than half of the world’s vehicles.

This was revealed by stakeholders in road safety during the World Day of Remembrance for Road Traffic Victims commemoration event at Youth Aid Nursery and Primary school in Mbuya on Sunday.

The day was commemorated under the theme; “Remember, Support, Act”.

In Uganda, at least 3500 people die in road accidents annually. However, these statistics have been contested by different stakeholders including the UN and Makerere School of health science, among others.

It is believed that the Uganda Police only records deaths that occur at the scene, while survivors who later pass after being rushed to the hospital, are not accounted for.

Persons killed increased by 05%, persons seriously injured increased by 1% and those that sustained minor injuries reduced by 1%. A total of 181,960 traffic offenders were arrested for the various offences committed in 2019 and fined under express penalty scheme.

According to ACP Charles Ssebambulidde, Uganda loses at least 10 people in accidents per day. He also noted that of the 3500 deaths from accidents annually, 600 are children.

Studies have also found that 90% of the deaths are pedestrians, and 75% are male. ACP Ssebambulidde says that the accidents are preventable, if drivers were not always in a hurry.

He also noted that police has come up with a crash database system that will help capture all accidents that have occurred across the country and send coordinates to the police headquarters with number of casualties among other information.

Police is also designing other means to teach school children about road safety and how to cross the road. The new amendment in the Traffic and Road Safety Act 1998, indicates that those who kill people through reckless driving will be sentenced to 1-10 years in jail.

Also health centres, private or government must accept and treat all accident victims brought to their facilities without discrimination.

During the same event, Nakawa division Mayor Eng. Ronald Balimwezo who was the keynote speaker and an accident survivor said one of the problems in Kampala is the poor road network.

Baimwezo lost his leg through an accident caused by a pothole. He says government compensated him with an artificial leg worth 70 million, yet it could have used 300,000 shillings to repair the pothole and avoid the accident.