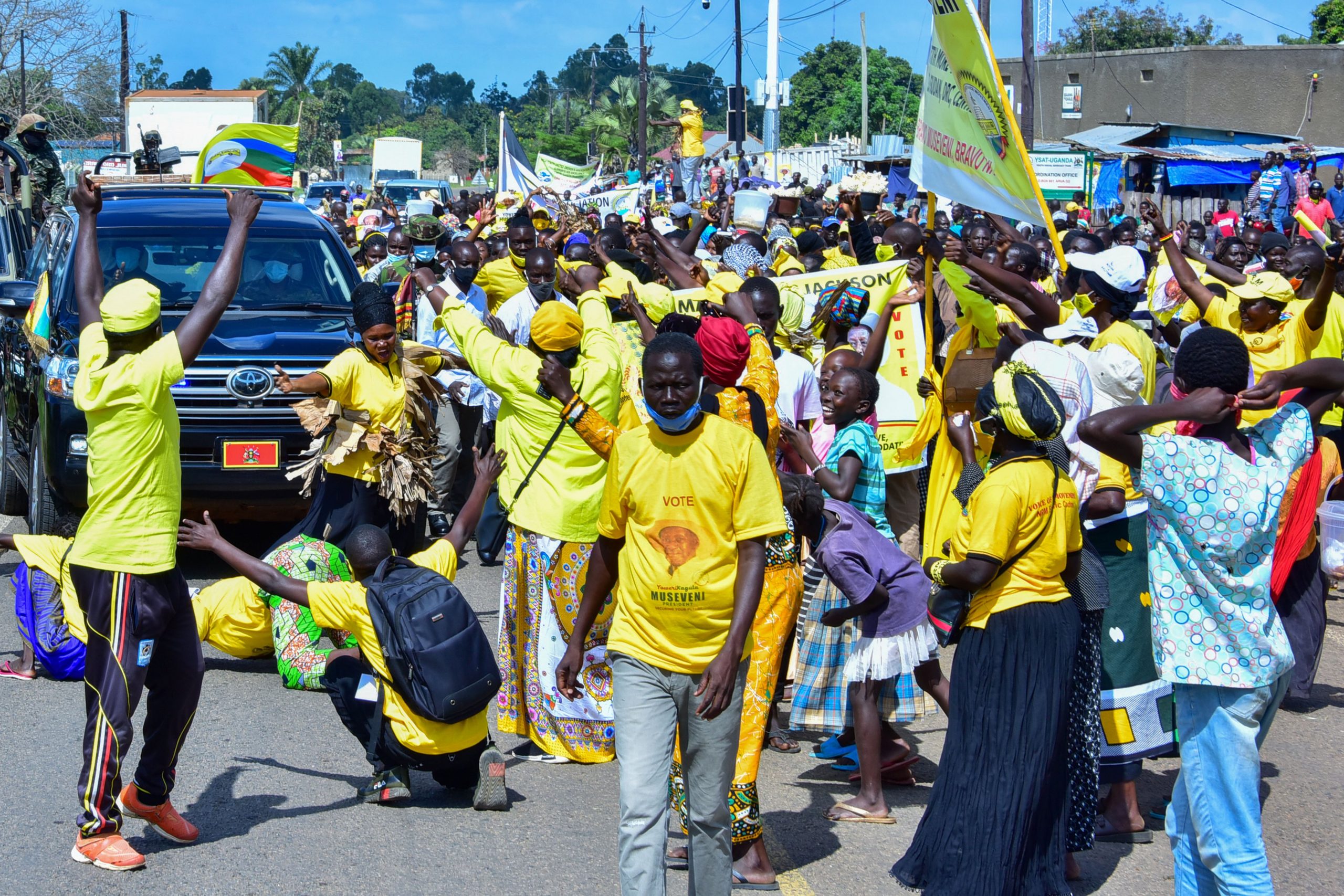 President Yoweri Museveni, also Presidential candidate for the ruling National Resistance Movement Party has apologized to his supporters in Arua who showed up to welcome him, but he did not greet them.

Hundreds of NRM supporters clad in yellow T-shirts were waiting for Museveni by the streets and some even lay in the middle of the road as he passed through the city, begging him to at least wave at them, but he ignored all their pleas.

However, Museveni says he is protecting them and their loved ones from the corona virus that has so far claimed lives of 143 Ugandans.

“To our supporters in Arua who turned up to welcome me, I am sorry for not getting out to greet you, but I insist we should keep away from gathering for the safety of each one of us. Stay safe first, we shall not be able to secure your future when you are dead” Museveni said.

The NRM candidate will today meet with NRM leaders in Greater Nebbi before conducting a radio/TV address translated in Alur later today.

He has also urged his supporters and the general public to avoid situations that could expose them to COVID-19.

Since official Presidential campaigns commenced on Monday, President Museveni has insisted on carrying out a completely scientific campaign where he meets just a few leaders from each region and give them information to disseminate.

The other candidates however have been criticized for holding mass rallies with no social distance and supporters interacting with candidates without face masks.