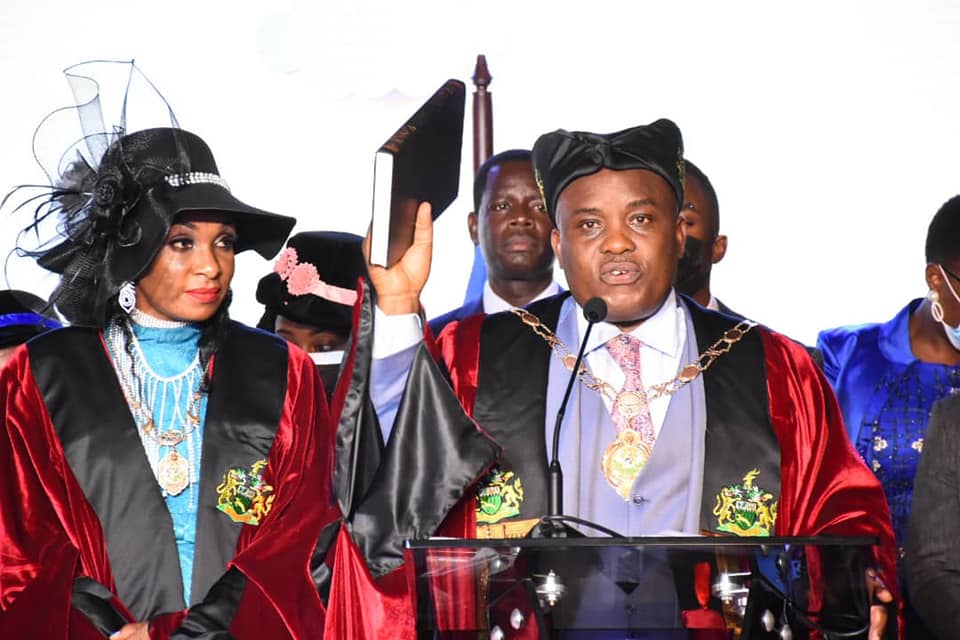 The Opposition Forum for Democratic Change, FDC Party has congratulatedKampala Capital City Lord Mayor His Worship Hon. Erias Lukwago and the entire Authority Councillors who were inaugurated on Wednesday at City Hall.

Lukwago and his councilors were sworn in at a pompous event that saw them walk the red carpet with their families all smartly dressed.

“We take this opportunity to congratulate the Lord Mayor of Kampala City and all our councillors upon swearing in and taking on a new mandate of serving the people of Kampala. We wish you the best in this new term and continue to shield our City, one Uganda one people” the Party says.

Unlike in the past where FDC had the largest number of councilors, things have changed and the council is made of National Unity Platform representatives and a handful FDC councilors.

Lukwago’s former Deputy, Doreen Nyanjura was also sworn in as Makerere councilor. It remains unclear, whether Lukwag will re-appoint her as his Deputy, or will look through the many NUP councilors.

The event was also attended by religious leaders from both the Muslim and Catholic. Notably present, was Msgr. Gerald Kalumba from Christ the King Parish, which is located in the heart of the City.

To show a good working relationship that may exist between the political and technical wing at KCCA, the Executive Director Dorothy and her team also attended the event.