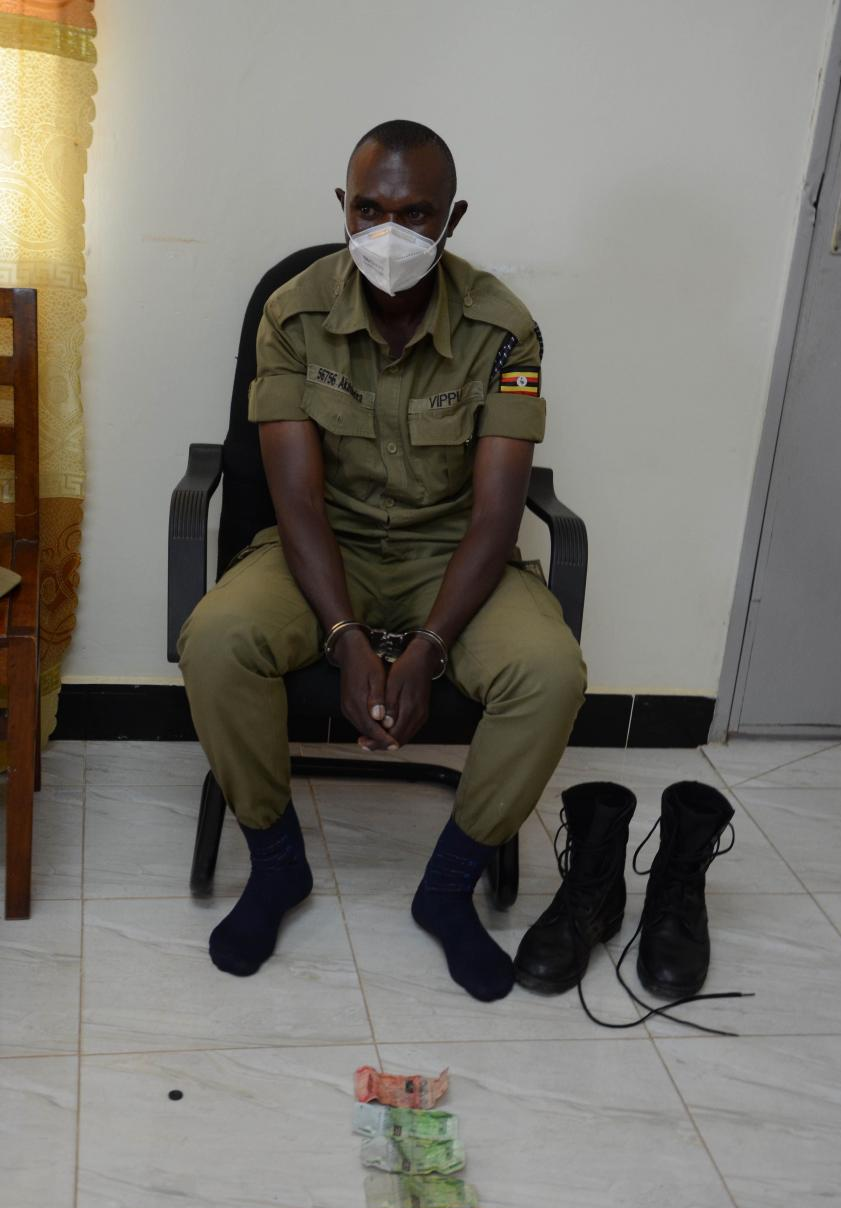 The police have arrested two of their own for allegedly extorting money from Boda Boda riders. The officers were manning the Pekamega Police Check point in Mbarara city.

They have been identified as Number 24652 Sgt Hurriet Wachemba a traffic officer who was in charge of the check point, and number 56756 Police Constable Ezra Akatuhurira.

The officers’ arrest follows several complaints from members of the public, reported to the office of the Resident City Commissioner that those manning the check point were arresting Boda Boda riders and people with vehicles and extorting money from them.

Akatuhurira was caught red handed with twenty thousand he had got from a Boda Boda rider after they laid a trap with one of the whistle blowers.