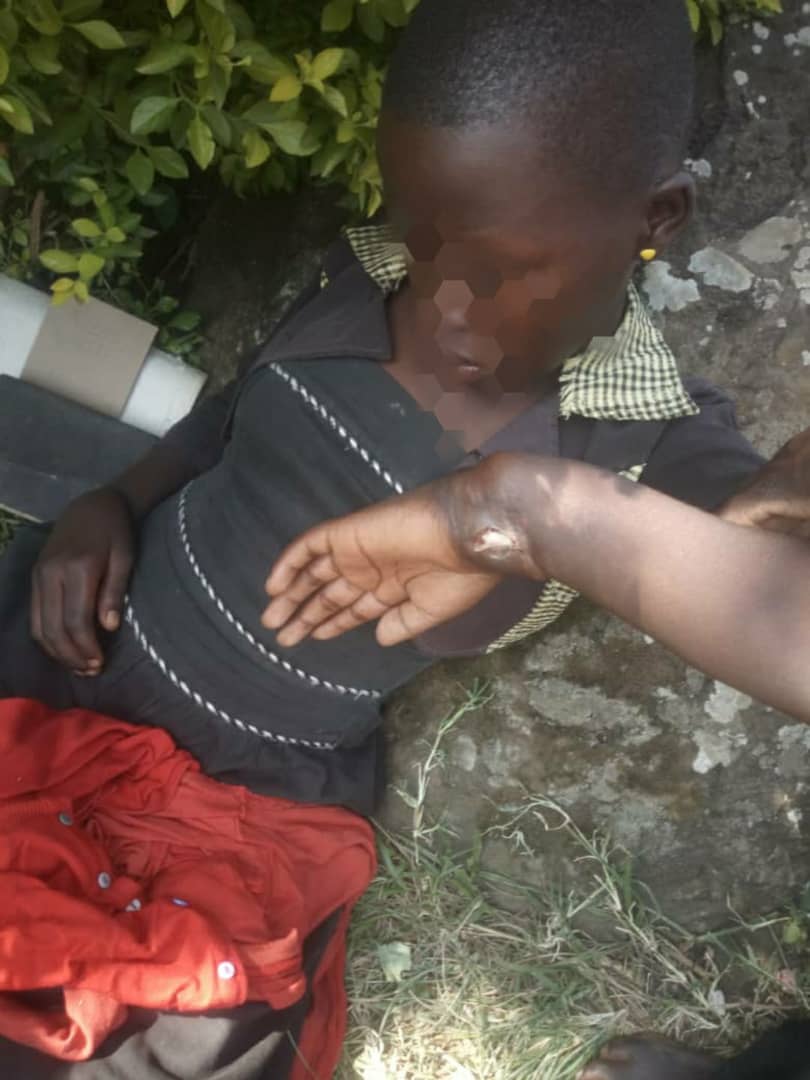 Detectives at Kabalagala police station are investigating an attempted drive-by robbery on a bodaboda, that occurred in Kansanga, Makindye, where the suspects were allegedly intercepted and tortured by a mob, while trying to grab a bag from a female victim.

Fred Enanga the police spokesperson says their investigations will help link or delink the alleged torture victim to the drive-by robbery, who has been identified as Ronald Ssegawa.

Enanga also explains that photos of an injured arm that have been making rounds on social media are not those of Ssegawa as alleged by the National Unity Platform, but those of Sandra Nalima, an accident victim from Mbale.

According to Enanga, Ms. Nalima of Moni Ward, industrial division in Mbale City, fell off a rock on January 27th 2021 while at her village.

“She sustained fractures on both hands and also one side of the leg and she was rushed to Mbale Regional referral hospital where she was undergoing treatment. It is at Mbale hospital that the images of the broken hand with an open fractured wound were smuggled and photoshopped to incite negative perception against security agencies” Enanga says.

He therefore condemned the move by the NUP party along with its President for lying to the public that the images were of their alleged supporter Ssegawa.

“We therefore, strongly condemn the circulation of the gruesome photos, even without verification. We urge members of the public to ignore such negative propaganda aimed at eroding public confidence in the Joint Security Agencies, who are serving diligently to protect and secure our country. It is a well-coordinated smear campaign to negatively portray the security agencies” Enanga said.

Adding that the Joint Task Force are involved in counter-terror operations, during the aftermath of the general elections, targeting perpetrators and instigators, of violence and that the Joint leadership of the security agencies is reviewing the ongoing counter-terror operations, and also ordered for thorough investigations by the Directorate of CID, into all forms of torture that could have arisen during these operations.

“Torture is neither a policy nor a rule of engagement by the joint security agencies, and therefore, as we await outcome of the investigations by CID, we would like to assure the public that any security person found to have involved themselves or anybody under their command in acts of torture will definitely be held accountable.