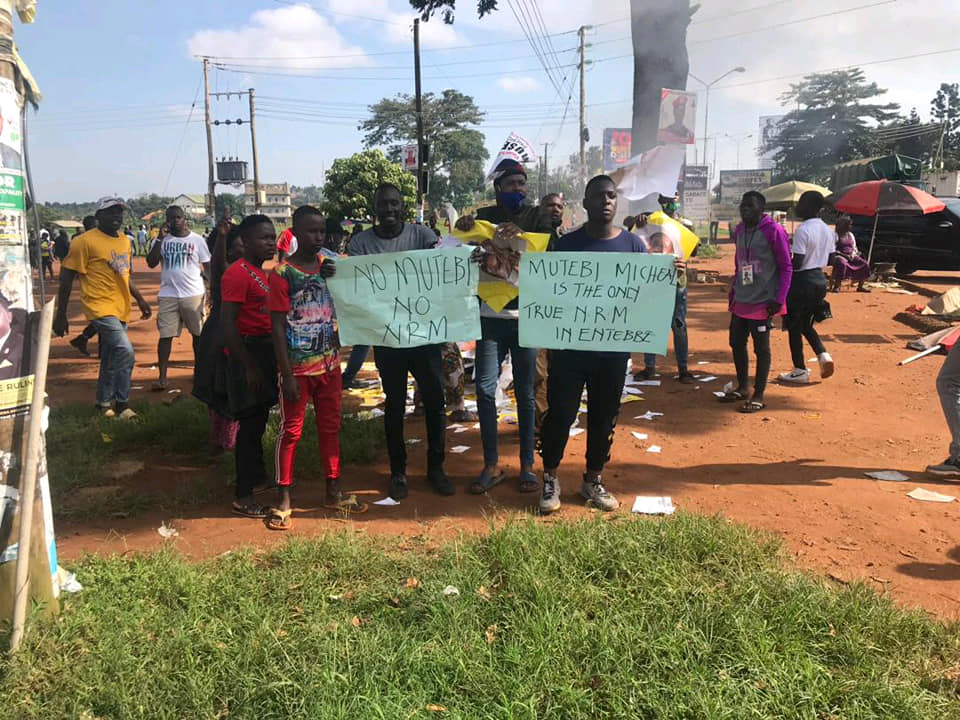 Police are investigating circumstances under which soldiers from SFC opened fire during a protest and killed one person, leaving another seriously injured.

“It is alleged that the incident happened at Entebbe Central market, where the deceased is believed to have been part of the riotous mob who were protesting the declaration by Wakiso Returning Officer of Mayoral aspirant, an independent candidate in the race for Entebbe Municipality, one Fabrice Rulinda as the winner of the Monday Mayoral elections” Onyango noted.

Adding that this was to the dismay of the electorate who were sure the NRM flag bearer, Mutebi Michael had sailed through as per the provisional results at the divisional electoral offices.

Police and its sister forces engaged the rioters and security is heavily deployed in the area.

The body was taken to city mortuary for post mortem and ienquiries ongoing.

According to eyewitnesses, it all started when protestors convened at Entebbe Central Market at 7am on Tuesday morning, demanding that Tolbert Musinguzi the Wakiso Electoral Commission Registrar and Returning Officer announces either the NRM candidate Michael Mutebi Kabwama or Democratic Party-DP’s Vincent DePaul Kayanja as winners of the Entebbe municipality Mayoral race.

This is after Rulinda had been declared in what the protesters termed as a rigged election.

NRM candidate Mutebi led protestors from both NRM and DP camps and it was during the protests that SFC soldiers allegedly fired live bullets and killed Kyeyune who was moving in front of Mutebi.

He was rushed to Emmanuel Health where he was pronounced dead on arrival.