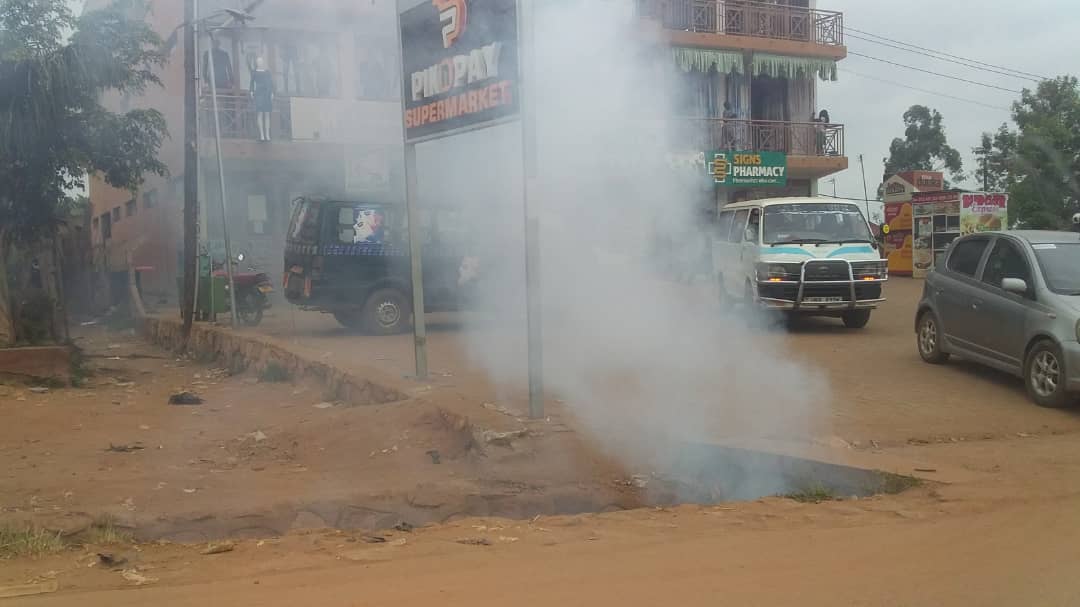 Officers from the Uganda Police force and supporters of National Union Platform- NUP together with Alliance for National Transformation-ANT were Monday morning involved in running battles following unauthorized meetings by the two parties.

Police used live bullets and teargas to disperse the crowds which had converged at Duhaga Roundabout in Hoima West Division for a planning meeting ahead of the 2021 general elections.

Unconfirmed reports indicate that the meeting was slated to be chaired by Robert Kyagulanyi Ssentamu, the National Unity Platform Principal.

However, a team of heavily armed anti-riot police officers took control of the premises and dispersed the group before sealing off the venue.

They also arrested 5 members of NUP and ANT who were taken to Hoima Central Police Station where they are being held.

According to Julius Hakiza, the Albertine region police spokesperson, the organizers did not notify security about the meeting, yet the group had become rowdy and unmanageable.

Hakiza says the management of both NUP and ANT could have sought permission from the police to hold a rally in Duhaga. However, Herbert Kugonza, a member of the Alliance for National Transformation-ANT says they had arranged to have a planning meeting ahead of the 2021 general election but were shocked to see police firing live bullets and teargas to disperse them.