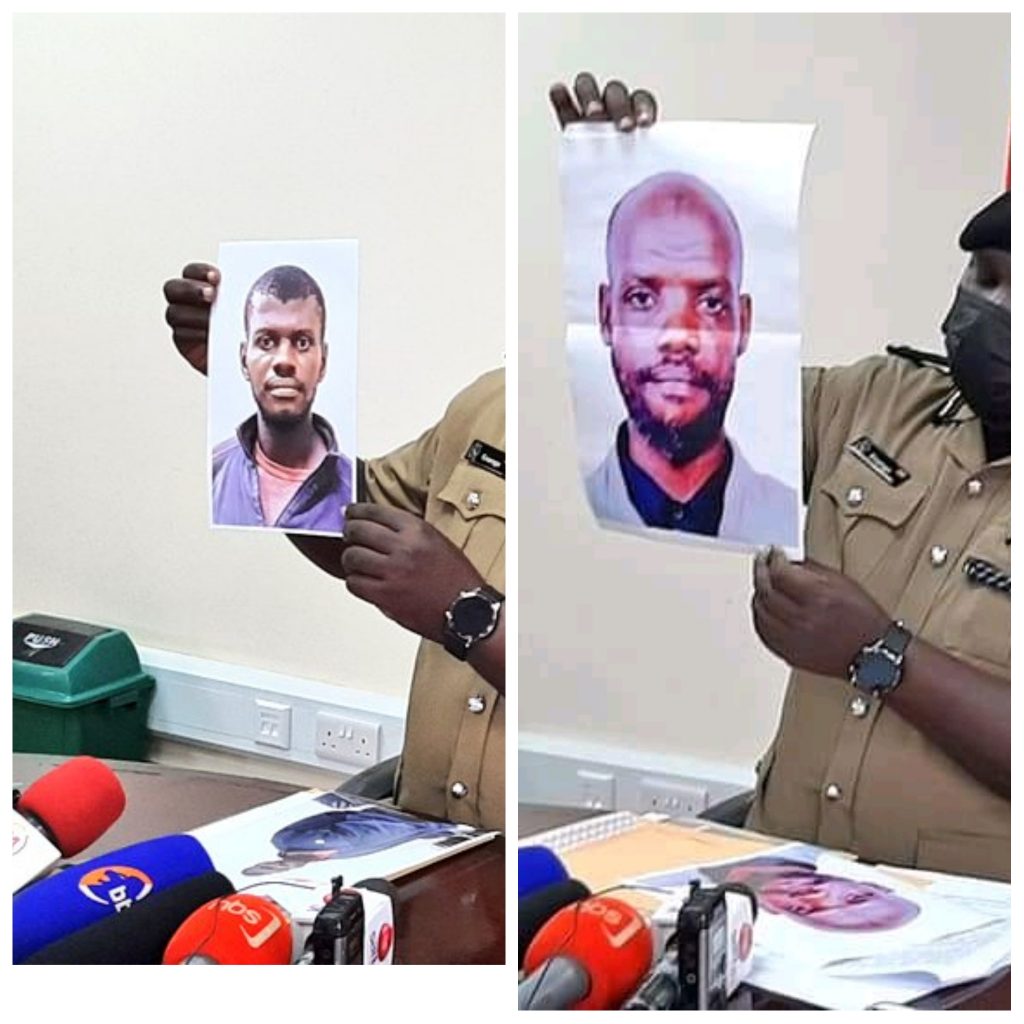 Police have arrested one Wampa Huzaifa alias Kanaabe, a 30-year-old, former member of BODABODA 2010, who was the second shooter in the double murder of Nantongo Brenda, Kayondo Haruna and the attempted murder of General Edward Katumba Wamala and his bodyguard, Sgt Khalid Kuboit on the 1/06/2021.

According to the Deputy IGP Maj.Gen. Paul Lokech cgsc, (USA)ndc (RSA), the suspect was tracked down and arrested on the 12.07.2021 from his hide-out in Kikomeko village, near Kalule Trading Centre, Nakatonya Parish, Nyimbwa Sub county, in Luwero district.

He added that an immediate thorough search was conducted at his known premises, and the motorcycle Bajaj Boxer, red in color, registration number UEO 375D, that was used during the attack was recovered.

Other relevant exhibits recovered include the hood that he used to cover his head, an assortment of jackets, gloves, warm suits, and another motorcycle, Bajaj red in colour, registration number UDH 888V that was used in the surveillance of their targets.

Some of Kanaabe’s victims include; Major Muhammad Kiguundu and his bodyguard Sgt. Stephen Mukasa in 2016; the late AIGP Andrew Felix Kaweesi, his bodyguard Cpl. Erau Kenneth and the driver Cpl. Godfrey Mambewa in 2017; the double murder of No.560 SPC Mubiru Hussein and No. 169 SPC Kalungi Moses, and the attempted murder of Hakiza Evarest at Ntake Bakery, Kalerwe; the murder of Frank Anania, Bugembe Amim, Atukuru Jimmy and Abaho Frank at Nansana Cheap Hardware Stores, the murder of Okoth Button at City Supermarket, Mpererwe, and the most recent murder of Nantongo Brenda and Kayondo Haruna, and the attempted assassination of General Edward Katumba Wamala and his body guard Sgt Khalid Kuboit.  The aggravated robberies linked to the terror group are the Ntake Bakery in Kalerwe where they robbed Ugx 33m, in 2017; Nansana Cheap Stores where they allegedly robbed Ugx 300m, City Supermarket at Mpererwe where they robbed Ugx 2.2m and an additional 4.5m from a mobile money attendant.

“Our focus now shifts to tracking down the overall coordinator of the domestic terror cells, a one SHEIKH ABU UBAIDA BADIR DIIN BUKENYA.  He has been actively recruiting assailants and reactivating the terror cells.  We have widely shared his photos and put out a reward of Ugx 5m, for any one with credible information that can lead to his arrest” Gen. Lokech added.

He noted that the public should know that security is dealing with a very deadly and militant group and that in the counter terror operations that they conducted, most of the suspects were violent and confrontational, to the raids made on their hide-outs and during the recovery of the killer weapons, i.e. the two AK47 guns and a pistol and other relevant exhibits, from Nansana, Katooke, Matugga, Maganjo, Namuwongo and Kalule-Bombo.  Two of the officers who were seriously injured are still nursing wounds.

“As you are all aware, such acts of attacks are aimed at destabilizing the prevailing peace, safety and security in our country, by creating a sense of panic and fear among the public. We want to thank the public for their overwhelming support.  For those who have criticized and demonized the police for our actions against the ruthless acts of violence by these terror groups, just know that you are encouraging them to repeat their brutal and unlawful acts” he said.

According to the DIGP, counter-terror operations aimed at dismantling the terror cells continue.