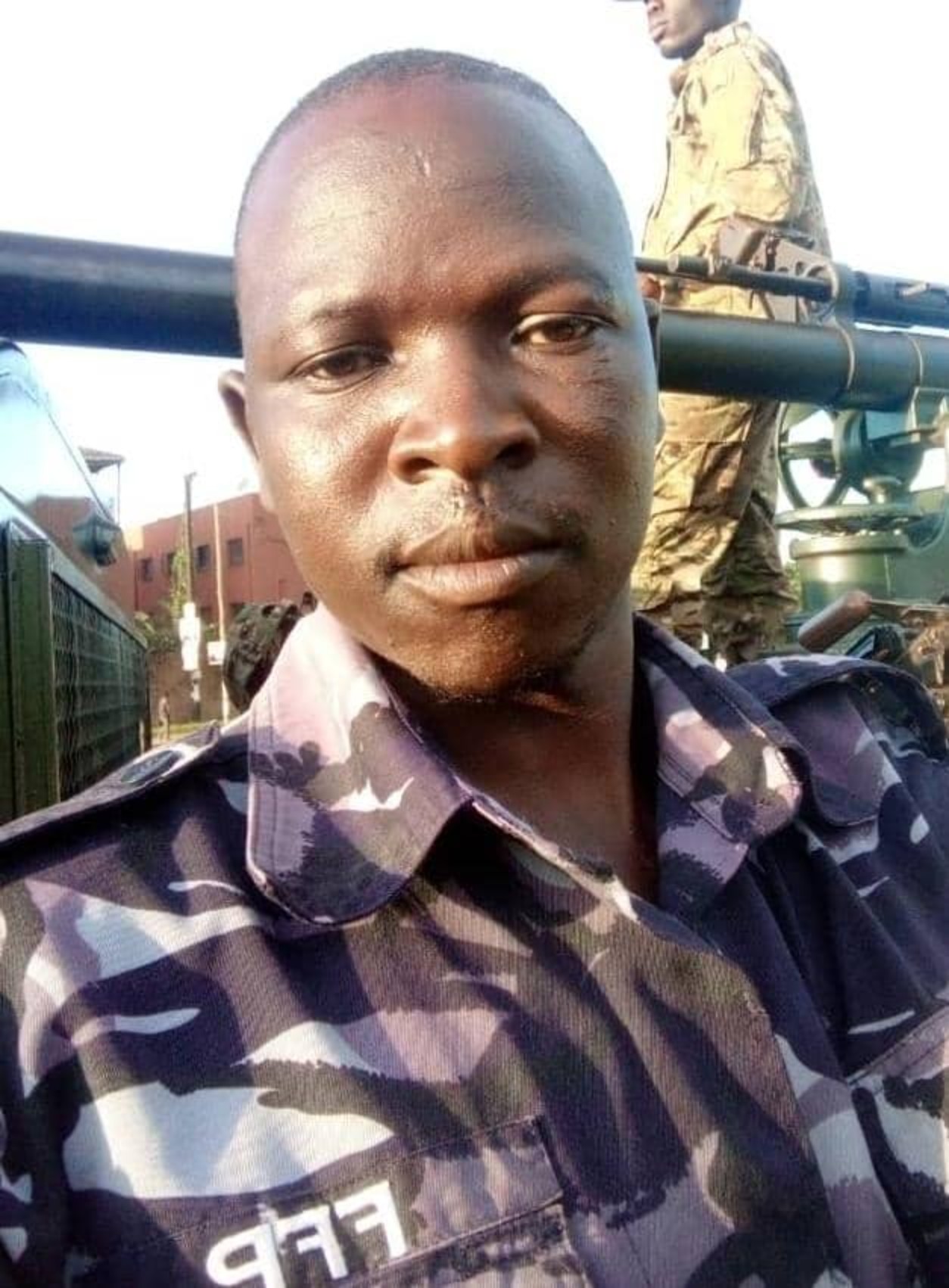 Police at Kabalagala have arrested Haman Rujjumba, a driver of a BMW registration number UAP 122Z, grey in colour which knocked and killed a police officer on Sunday.

He was knocked dead by the speeding Rujjumba, while on his lawful duty.

PC Owili was riding a motorcycle registration number UP 7965 Yamaha blue in colour on Ggaba Road near Kampala International University (KIU), Kansanga, when he was knocked by a reckless speeding driver.

According to eyewitnesses, the driver dragged the officer under his car for ten metres from the first contact.

The driver escaped soon after the accident.

However, police mounted a manhunt for the suspect, who was later found hiding at Rock Clinic in Church Zone, a stone throw away from the crime scene, where he was arrested.

He was being helped by bouncers of Pyramid Bar.

Officers led Kabalagala Police Station Acting Commander responded to the scene where they identified deceased police officer’s body, police motorcycle, a SMG AK47 and a damaged magazine. The body was conveyed to the city mortuary for a postmortem.

According to Owoyesigyire, the recovered equipment including the suspect’s vehicle were later exhibited awaiting inspection.

“The investigations have revealed that the same driver almost knocked our officers at the check point as he drove passed them before the fatal incident. The suspect was subjected to a breathalyzer test and he found to have taken alcohol above the lawful limit. He will be arraigned in court as soon as investigations are done” Owoyesigyire added.