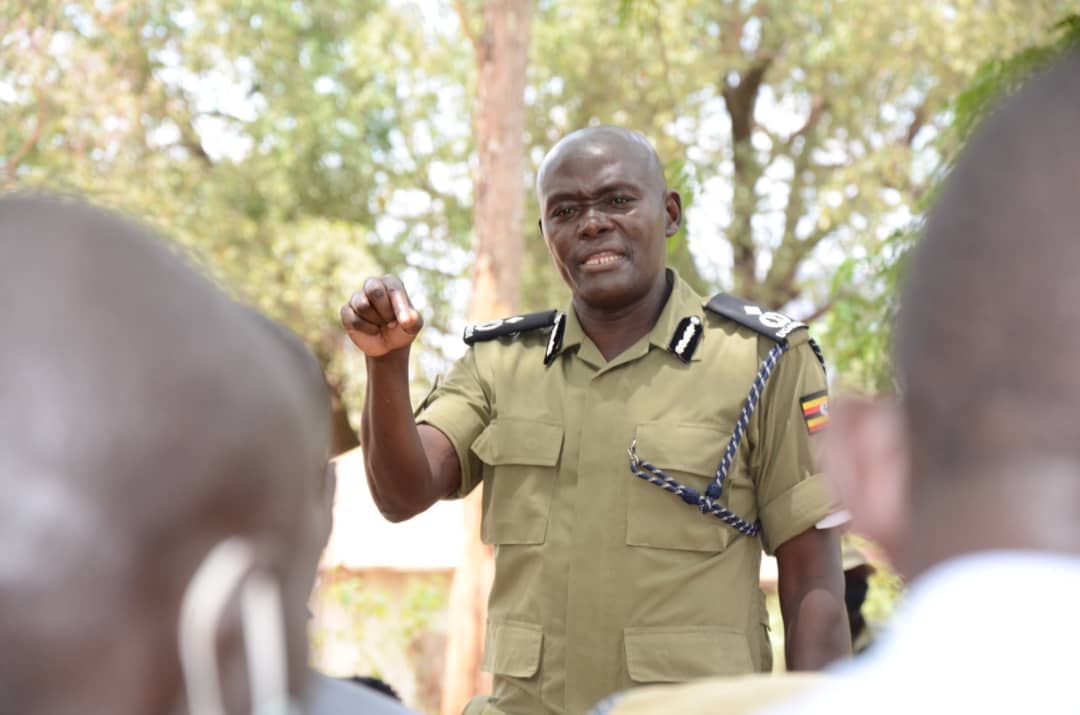 ACP Muleterwa and SP Cyprian Okino are engaging local leaders on their cardinal roles and responsibilities in a bid to bring back social harmony in the community and strengthen working relationship, build a strong partnership between the public and the police so as to prevent crime.

This week, the duo is meeting with all local council leaders in the districts of Soroti, Serere, Kumi and Ngoora under the theme: “LC system for crime prevention”

“We have realized that the local council leaders have a lot of power for which we would like to tap into. For example, they are mandated by the Local Council Act to solve incidents of social disharmony, issues related to misunderstanding between members of the community, communication and coordination among them and ensuring that there’s improved relationships. Some of the issues that come to police are out of ignorance and therefore, coming on the ground is one way of empowering the LCs to recognize that they have the power to cause this social harmony,” ACP Muleterwa said.

According to ACP Muleterwa, LC system should be empowered to handle cases such as misunderstandings, feud, common assault and debts among others.

“Once we let some of these cases to grow, they aggravate into criminal cases leading to assault, murder and malicious damage etc.  In so doing, we shall be curtailing the level of complaints that come to police because the community would have realized where the power of LC lies. Strengthen our work relationship with the community and ensure that the police concentrate on the key role of crime prevention other than being problem solvers,” he explained the new concept.

During these meetings, the community policing team encouraged total respect for the LC system.

“Have total respect in as far as LCs are concerned. Be humble and be good listeners to the LCs and community in general. This will help improve our working relationship with the community,” he said, urging local leaders to be preventive other than reactive.

He urged them to identify problems that affect the community than waiting for them. Be service oriented. That is professional and discipline.