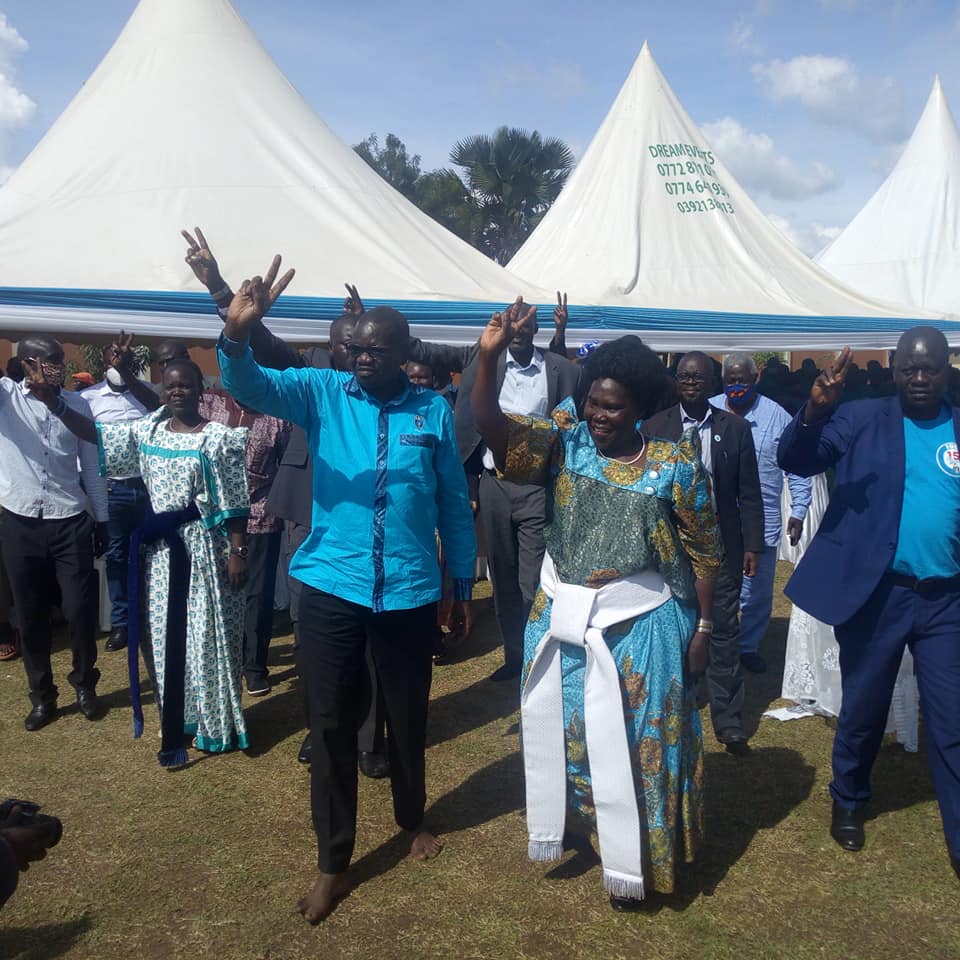 The opposition Forum for Democratic Change, FDC presidential candidate Patrick Oboi Amuriat alias POA has announced that his campaign team will be heading to Eastern Uganda on Monday 9th November 2020 to launch the beginning of their campaign in Soroti city.

Amuriat made the announcement on Sunday morning while meeting party leaders from Nakawa who walked barefooted to his home in Najjera.

According to Amuriat, the journey they are beginning tomorrow is leading them to victory and capturing the presidency of Uganda come 2021.

“This is the journey to our victory, because this is where the climax starts. We will along the way be waving to people in Njeru, Jinja City, Bugembe and Magamaga as we proceed to Iganga where we will have a brief stopover and proceed to Busebantya where we shall be introducing some candidates. From Busembatya we will proceed to Namutumba. We will then be going through Budaka and into Mbale city, and in Mbale city and then we shall proceed to Teso. We will be arriving in Soroti at 4pm” POA said.

Upon arrival in Soroti, the party will hold prayers and later address the people of Teso to launch the FDC party manifesto 2021-2026. The team will head to Serere, Kumi and Ngora on Tuesday to continue with campaigns.

POA added that they will be doing a rushed campaign since there is not enough time. The campaign team will be in Teso starting tomorrow Monday up to Thursday. They will proceed to Lango between Friday and Sunday.

“We start campaigns in Acholi on Monday 16th and end our campaigns on Thursday the 19th November in Amuru befor crossing the Nile at Adjumani to join the campaign in West Nile” he added.

According to POA the campaign in Northern Uganda will end on Tuesday 24th at Pakwach, before entering Bunyoro on the 25th of November.

POA says the party will launch their Manifesto on 26th of November in Hoima city. He insists on carrying out the campaign barefooted from beginning to the end.