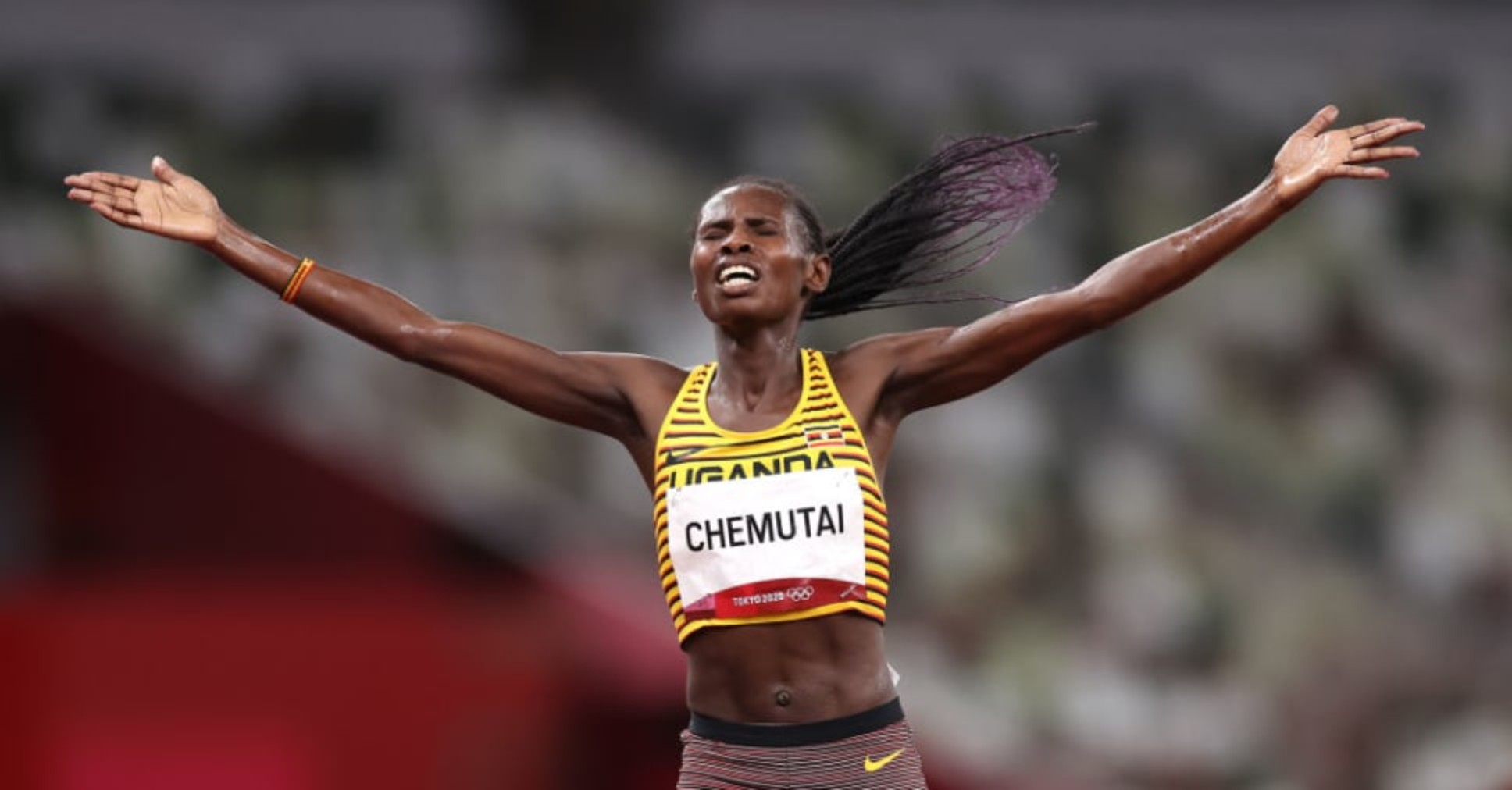 Ugandans are celebrating the country’s first Gold medal at the ongoing 2020 Olympics in Tokyo Japan, following Peruth Chemutai’s win in the 3,000m steeplechase.

Chemutai won with a personal best of 9:01:45 2020, making history as the first Ugandan female Athlete to bring home a medal in the Olympics.

The Ugandan police officer came into the race ranked tenth globally, but edged out Team USA’s Courtney Frerichs, who won silver and Kenya’s Hyvin Kiyeng, who got bronze.

Chemutai also breaks her National Record which stands at 9:07:94.

Her win now puts Uganda in position 43 on the medal table with One Gold, One Silver and One Bronze medal so far

Also in the race were the world’s best steeplechase runners who include Bahrain’s Winfred Yavi and Emma Coburn, from the United States.

Uganda’s Dorcus Inzikuru remains the most successful steeplechase athlete in the 3000m category, having won three Gold medals including the 2005 World Championships (9:18:24), 2005 World Athletics Final, Gold and 2006 Commonwealth Games(9:19:51). She however never won an Olympic medal.