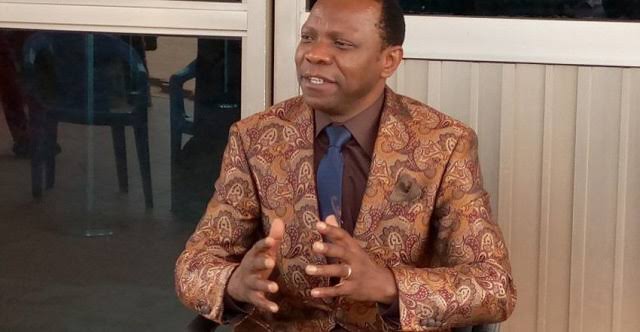 Pastor Jackson Ssenyonga is in the spotlight over relief food that was given during the lockdown following the outbreak of the Covid pandemic.

According to Tamale Mirundi, the man of God based in Bwaise was among those that distributed food during the lockdown but however contrary to claims that he was giving it out through his ministry the food was actually from the National Taskforce on Covid under the office of the Prime Minister.

While appearing on a local Television Mirundi insinuated that the Man of God deserved to be in the coolers preferably Kitalya Prison.

“When the food relief program ended, he also stopped giving out food which was of some poor quality like that from the supplier the government contracted.”

Tamale added that Ssenyonga is a stingy Pastor with a dark soul who shames the church and God.

“He was a beggar too. That shameless man didn’t even give his mother food. Ssenyonga is one of the false prophets. I have evidence and I will expose him one day.”

Pastor Ssenyonga has been in the spotlight over a number of controversies including when he gathered a number of pastors and told them to contribute money so as to get more funding a thing that didn’t come to pass.

He is also known to have thrown a lavish wedding for one of his children albeit going months without paying his staff at Top radio and TV.