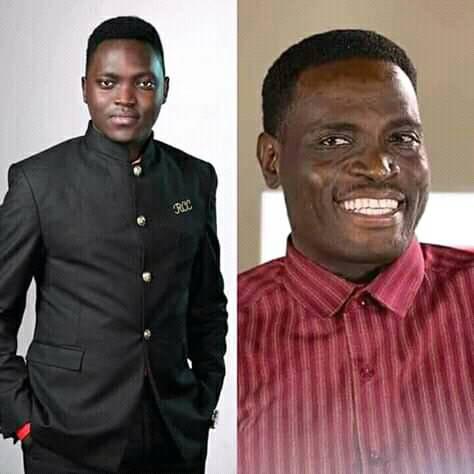 Pastor Aloysius Bugingo of the House of prayer ministries has offered to mentor Pastor Andrew Jjengo the son to late Augustine Yiga the former proprietor of Revival Church Kawaala.

While speaking to mourners on Wednesday morning, Pastor Bugingo said he knew the deceased from way back when they were very broke but both worked their way up.

“My doors are open to offer all kinds of support. Pastor Andrew Jjengo and other ministers, for as long as we live, I will support you. I won’t say it’s a shame your dad is gone, for it is the way for us all. Your dad was younger than me, so I call you my son. Anytime you feel attacked and need support, I am here for you” Bugingo told Pastor Andrew.

The young pastor noted that while Bugingo and his father had some differences, it was nothing grave. He announced an alliance between his dad’s church and House of prayer ministries going forward.

“Pastor Bugingo called when my dad was sick. He said that even when they had disagreements, they were not enemies. Our preaching may differ because Pastors are different but that doesn’t make us enemies” Jjengo said.

Pastor Bugingo said people should not judge the dead for they are going the same way, but that they should pray with the family of the deceased.

He also contributed Shs 2,000,000 to help buy food for mourners who are expected to remain at the Church premises mourning their spiritual father, until his burial slated for Sunday.