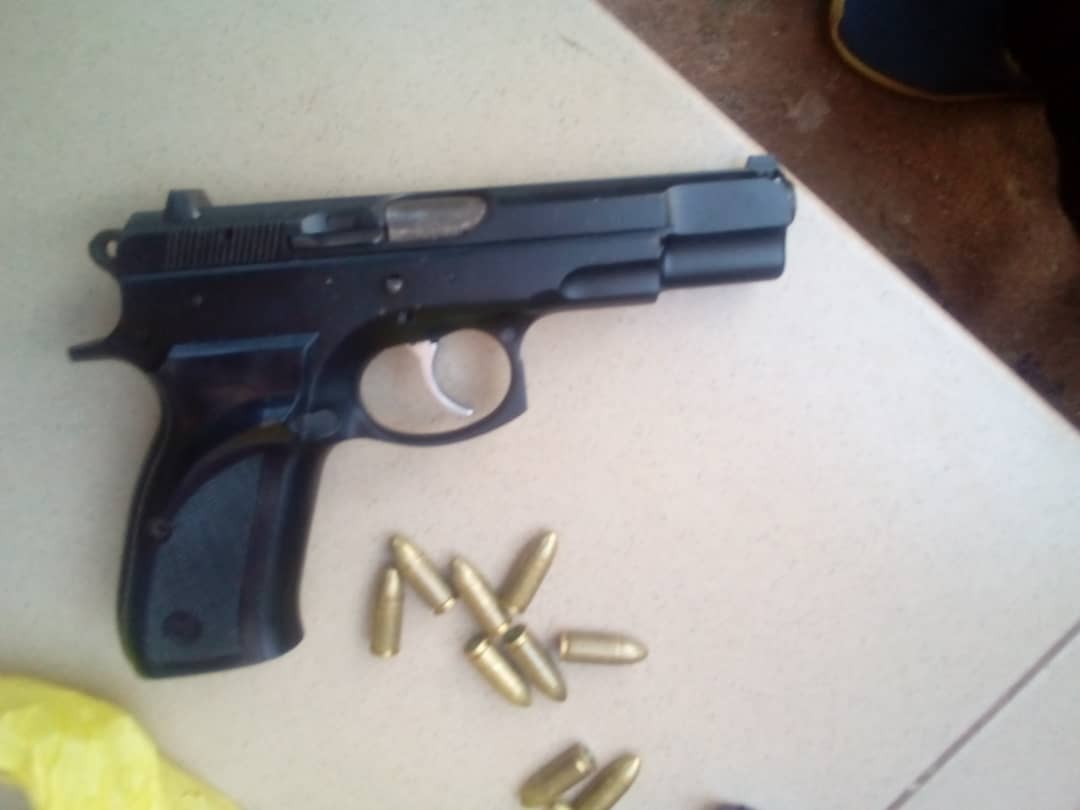 Officers at Jinja Road police station are investigating circumstances under which an accused person Luzinda Cylus Sale, on a case which is under hearing in the Anti Corruption Court Kololo Kampala accessed court premises while armed, which is against security protocols in all courts.

One of the witnesses who was in court for the hearing on a matter in which Luzinda was the accused, says that the suspect managed to gain access to the witnesses in the matter he is accused of receiving stolen property and threatened to cause harm to them. However, the witness rushed out of court and informed the police, which came in and disarmed him.

ASP Luke Owoyesigyire the Kampala Metropolitan deputy police spokesperson says the recovered gun is a star pistol and contained 13 rounds of ammunitions and it has been exhibited.

“The task team at Jinja Road Police Station will further establish whether the suspect had an operation license for the firearm or not. The gun will also be forwarded for further forensic analysis to also establish whether it was fingerprinted during the ongoing exercise of fingerprinting firearms and whether it has ever been used in any crime” Owoyesigyire said.

He added that the police have also acted against the court orderlies, who were supposed to ensure that every person is effectively searched from head to toe, for failure to carry out their duties.

Court also canceled Luzinda’s bail and he is set to be forwarded to Kitalya Prisons.

“We have also opened another offence against him of threatening violence and attempted murder” Owoyesigyire noted.