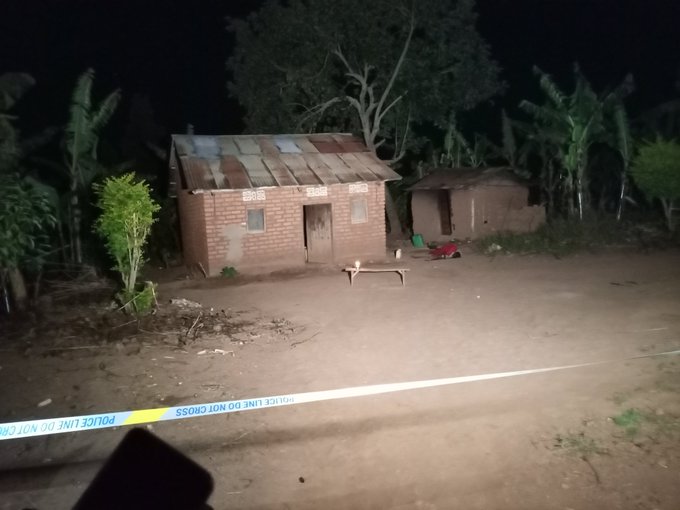 The number of people killed by unknown assailants this week in the Greater Masaka Region has reached five, following the brutal murder of a 60-year-old Annet Nampijja Muwangaza, a resident of Kasaali village Bisanje Parish, Kabonera division in Masaka.

The deceased was attacked and butchered by unknown assailants at around 7:50 pm last evening according to available reports.

It is reported that the assailants waylaid Nampijja as she was stepping out of the kitchen to enter her house and killed her. Her murder, brings to five, the number of people killed in the region since Monday this week.

Nampijja is also the 19th victim in the spate of unexplained killings in the region in just under two months.

On Tuesday night, Fred Ssemanda,28, a resident of Bukulula village in Mateete town council in Sembabule district was murdered by unknown assailants. On Monday night, three others were killed in Ssettaala village, Ssenya parish, in the Kimaanya-Kabonera division in Masaka city.

According to Isa Bakabulindi, a friend to the deceased, Nampijja was alone at home when she was attacked. Although she screamed for help, it was too late for them to save her as they found her lifeless body lying in a pool of blood by the time they arrived.

Residents are now worried about the attacks since the actual motive of the assailants is unknown because they do not take money or property from their victims.

The deceased is said to have earlier on cautioned her friends and neighbors to stay indoors for their own safety since the killings became rampant in the region.

According to Frank Bwekumbule, the Bisanje Parish Vice-Chairperson also friend to the deceased, nothing was taken from her house.

Bwekumbule says that although Police and the UPDF Armored Brigade launched joint operations to hunt down the assailants, their efforts are yet to yield results.

The Masaka Regional Police spokesperson, Muhammad Nsubuga, says police have commenced investigations into the latest murder and are hunting down the killers.