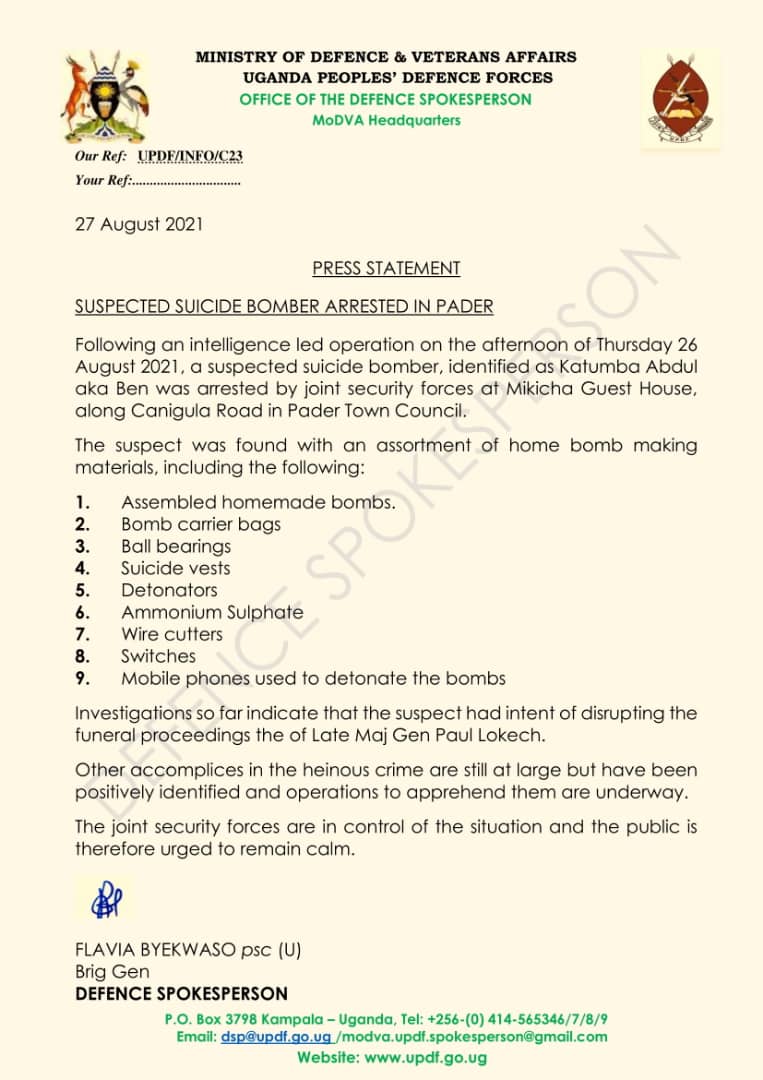 A suspected suicide bomber, identified as Katumba Abdul aka Ben has been arrested by joint security forces at Mikicha Guest House, along Canigula Road in Pader Town Council.

The arrest followed an intelligence-led operation on the afternoon of Thursday 26 August 2021.

According to Brig. Gen Flavia Byekwaso the UPDF Spokesperson, the suspect was found with an assortment of home bomb-making materials, including:

Byekwaso says investigations so far indicate that the suspect had the intent of disrupting the funeral proceedings of Late Maj Gen Paul Lokech.

positively identified and operations to apprehend them are underway.

She noted that the joint security forces are in control of the situation and the public is therefore urged to remain calm.

Panic as 5 people are butchered by unknown assailants in Greater Masaka in just 3 days
Police kill one, injure another during curfew operations in Luweero
Advertisement