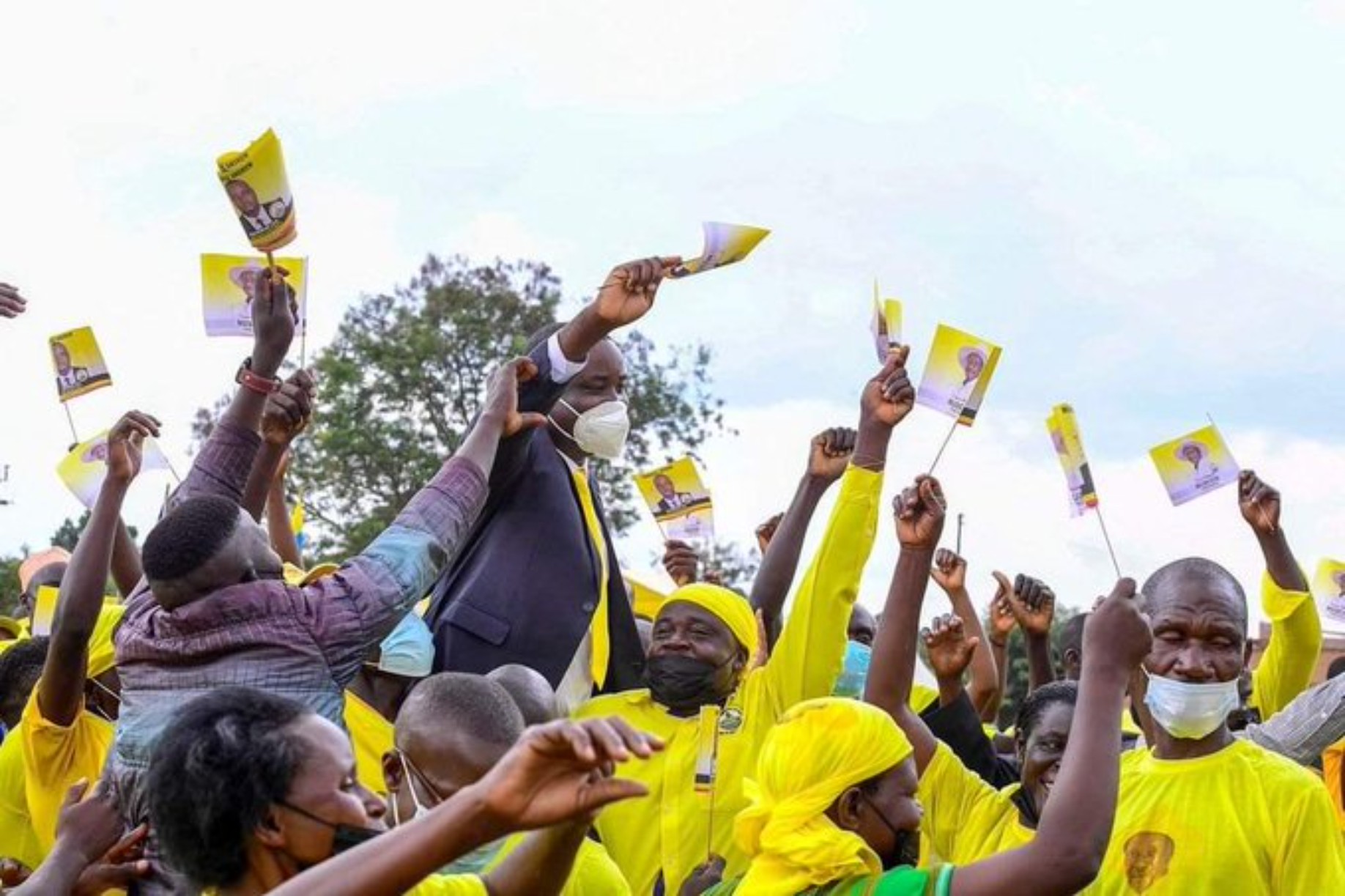 Kyobutungi Jennifer the returning officer for Kayunga Electoral District declared Muwonge the winner on Friday morning after many hours of tallying.

“I Kyobutungi Jennifer being the returning officer for Kayunga Electoral District having added up the number of votes cast as recorded on each Declaration of Results Form in accordance with the Local Governments Act. Cap 243 (As amended), declare that the total number of valid votes cast for each Candidate as follows;

The announcement has angered NUP leaders and supporters who claim their victory was robbed by the government.

“In broad day light, Museveni robs the victory of the people, and declares his candidate in Kayunga! Despite the stuffing and all manner of rigging, the signed DR forms give us a 15,000 votes lead. Ugandans will have to decide the next course of action” said Kyagulanyi Robert, the NUP Party President.

Over 81 people including 4 MPs from the NUP were arrested throughout the voting exercise. Those arrested include journalists who were picked up on Wednesday night and are still in police custody.

According to Hellen Butoto the Ssezibwa Region PRO, those arrested were disobeying lawful orders, operating beyond stipulated curfew hours and others are in trouble for bribing voters.

When asked about the arrests of journalists including that of Daily Monitor photographer Kakumirizi Michael, police spokesperson CP Fred Enanga said; “the arrests made were of a group of 51 including MPs at 3 am that night (Wednesday night), doing kakuyege past the deadline and in violation of the curfew. We rounded up the team. The other day we arrested 4 suspects in an Ambulance who were established to be journalists. And that was not in order. We talked to the management of Daily Monitor and they were surprised to hear that Michael was traveling with an MP late that night yet they had allocated him a pick up for duty. He is being released”.