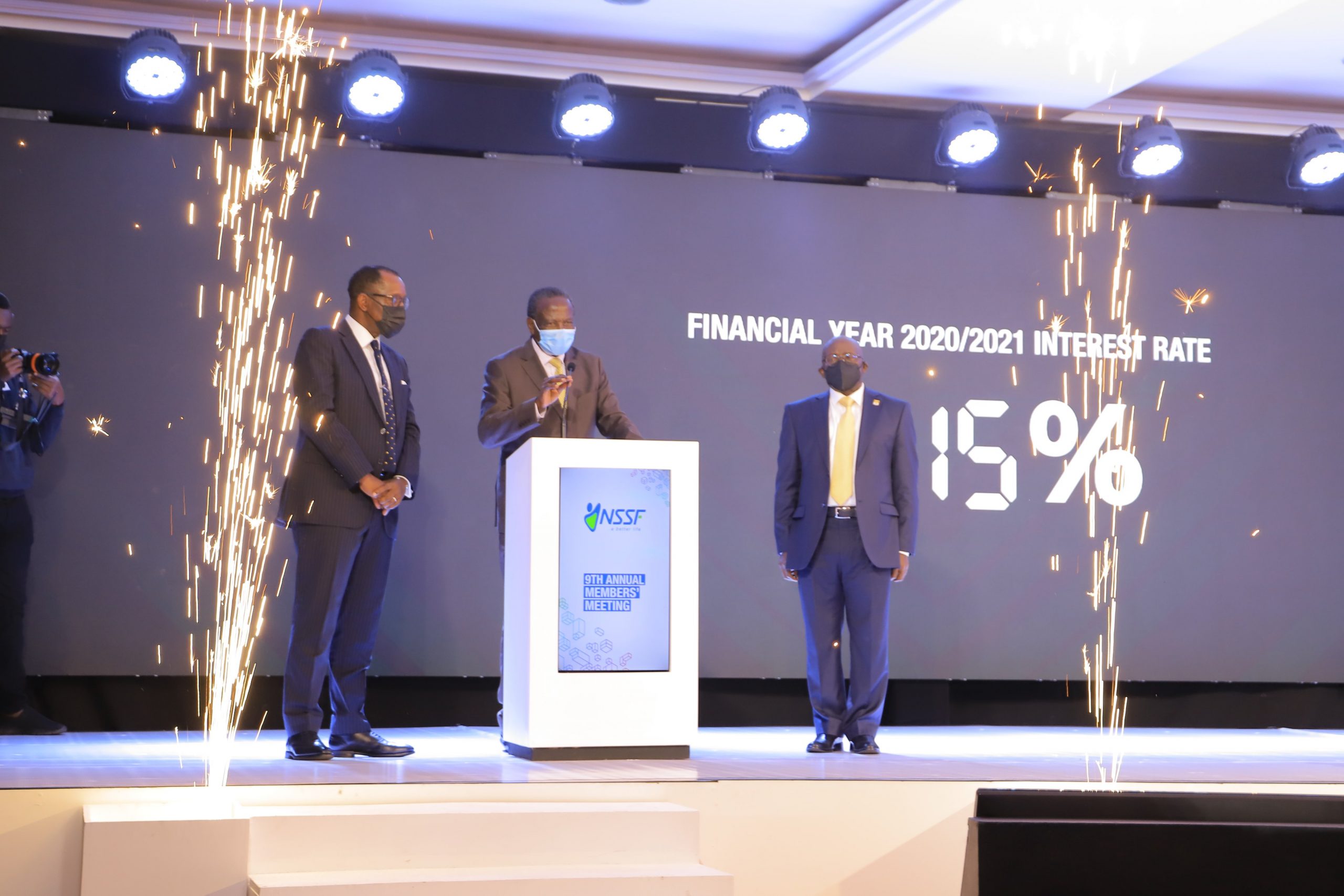 Savers have received a 12.15 percent interest on their savings for the year 2020/2021, an increase from 10.75 percent that was paid out last financial year from the National Social Security Fund-NSSF.

The announcement was made by Finance Minister Matia Kasaija who attributed the increase to the good performance of the Fund throughout the year, despite a hard business environment. This implies that the 12.5 percent interest will translate into a total of 1.52 trillion Shillings that the NSSF will deposit on the saver’s accounts.

It has also been revealed that the Fund’s total assets under management (the size of the fund) grew 17.1 percent from 13.28 trillion shillings to 15.56 trillion. This is above the targeted 15.01 trillion Shillings.

President Museveni recently returned the Bill to Parliament with some amendments which include; workers who are 45 but have not worked for 10 years should not benefit from the early release of the money, among others.