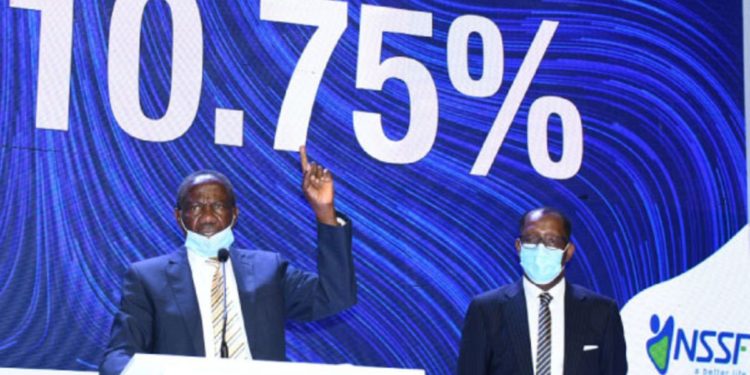 The Minister of Finance, Planning, and Economic Development, Matia Kasaija is expected to announce the interest for National Social Security Fund (NSSF) on the members’ savings for the year 2022 today, Tuesday, September 27.

The announcement will be made during the 10th annual members’ meeting which is convening at the Serena hotel in Kampala.

Last year, the minister announced an interest rate on the members’ savings equivalent to Shs1.52 trillion, which was credited to members’ accounts after declaring a double-digit 12.15 percent interest.

NSSF is the biggest investor on the local securities exchange but is also a significant equity investor in Nairobi Securities.